An action-packed first half of the Défi Azimut 48-Hours 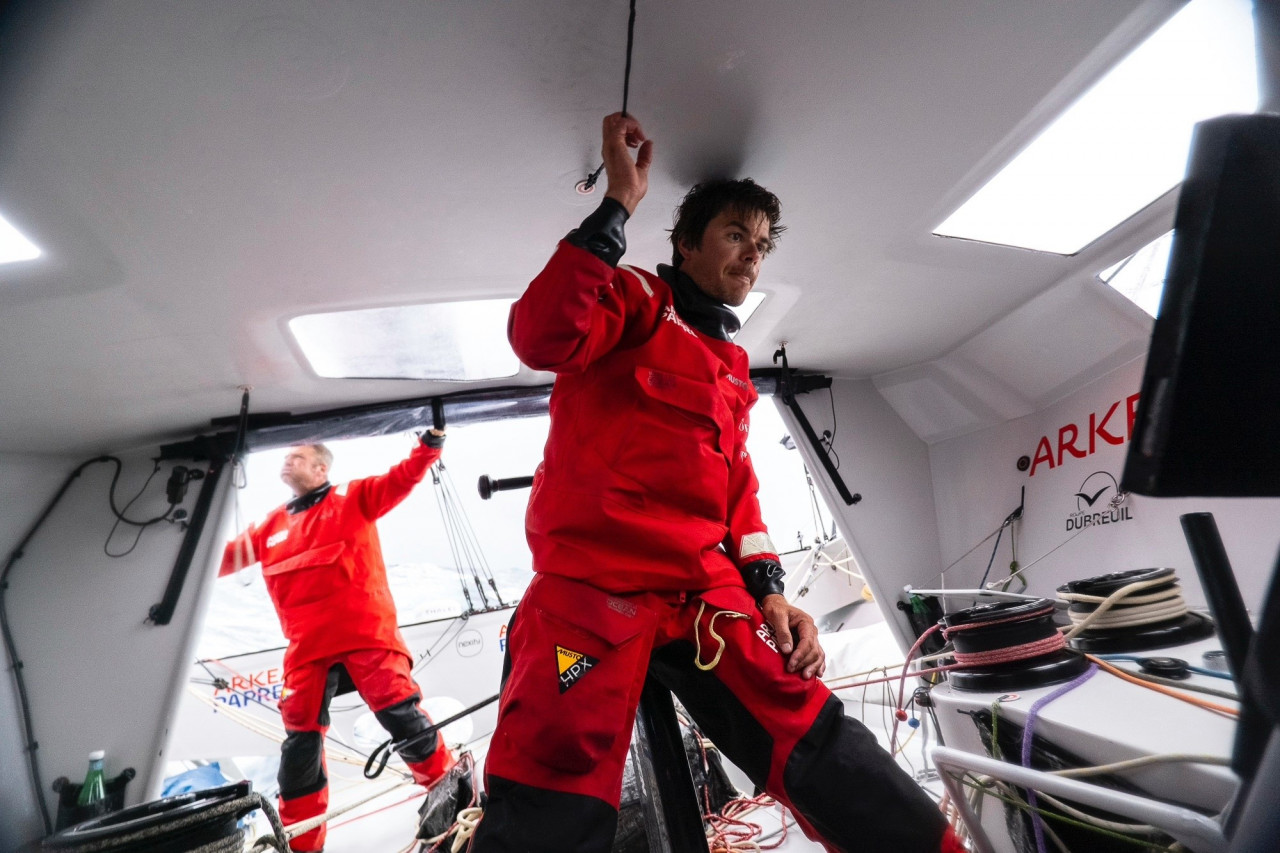 The first 24 hours of the two-handed Défi Azimut-Lorient Agglomération two-day classic has seen action a-plenty as the crews have dealt with everything from almost no wind to full-on downwind conditions in the north Atlantic.

From the start on Thursday afternoon on a beautiful day off Lorient, the APIVIA duo of Charlie Dalin and Paul Meilhat have dictated affairs as they try to follow their dominant performance in the Rolex Fastnet Race with another victory for the boat that took line honours in the Vendée Globe.

Dalin and Meilhat took off in light upwind conditions as they headed up the coast, building a lead over the chasing pack which they have held ever since, as the fleet tackled a patch of very light air before hitting stronger winds from the south-southwest.

After 19 hours at sea, at the first waypoint – “Azimut 1,” set about 220 miles west-southwest of Lorient – APIVIA was running fast downwind in a strong northwesterly airstream with a lead of 14 miles over Thomas Ruyant and Morgan Lagravière on LinkedOut.

Then came Sébastien Simon and Yann Elies on ARKÉA PAPREC, followed by Louis Burton and Davy Beaudart on Bureau Vallée 3 and then Simon Fisher and Justine Mettraux on 11th Hour Racing Team-Alaka’i. Nearly 30 miles back, it was Séb Josse and Nicolas Troussel on CORUM l’Epargne, closely followed by Sam Davies and Nicolas Lunven on Initiatives-Coeur and then Romain Attanasio and Sébastien Marsset on Fortinet-Best Western.

This may be a short test, but it is working the crews hard and rest is not easy to come by, as shown by onboard video from ARKÉA PAPREC in which Simon and Eliès are seen working hard on the cockpit pedestal as they tacked in light winds after the start. The film also shows a lovely sunset as the crews settled in for their first night at sea.

It has not been plain sailing for everyone, however, with both the brand new 11th Hour Racing Team-Mālama and Groupe SÉTIN-4MyPlanet having to retire. The former – on its first racing outing after being named earlier this week – was always likely to suffer from teething troubles and so it has proved.

Co-skippers Charlie Enright and Pascal Bidégorry, spent several hours trying to fix a broken connection between the tiller and the rudder bar. They managed to find a solution but the breakage had happened in light airs and they were not confident their repairs would work in 25 knots of breeze.

“There was always a lot of risk in doing this event for us, given the timeline,”commented Enright on the dockside back at Lorient’s La Base marina. “The big goal of the Fall is the Transat Jacques Vabre and we certainly thought it better to come back and make sure we didn’t lengthen the work list and get this taken care of.” He said their first night at sea on the boat had thrown up lots of “little gremlins” which the team now had the opportunity to fix.

For Manuel Cousin and Alexia Barrier the failure was a broken daggerboard which became jammed in the “down” position on Groupe SÉTIN-4MyPlanet, which had been sailing a little to the south of the main fleet. The two co-skippers quickly realised it was not safe to continue when they were unable to crank up their swing keel and decided that returning to the dock was the best course.

Once again the IMOCA fleet has shown that it is highly competitive in short-course racing around the cans. But this race is not quite as close as some others in recent times. After six hours of racing the top-11 boats were only 3.7 miles apart. But approaching the 24-hour mark, as Apivia led the way to waypoint “Azimut 2,” 75 miles southeast of waypoint 1, the top-five were spread across 20 miles of ocean. 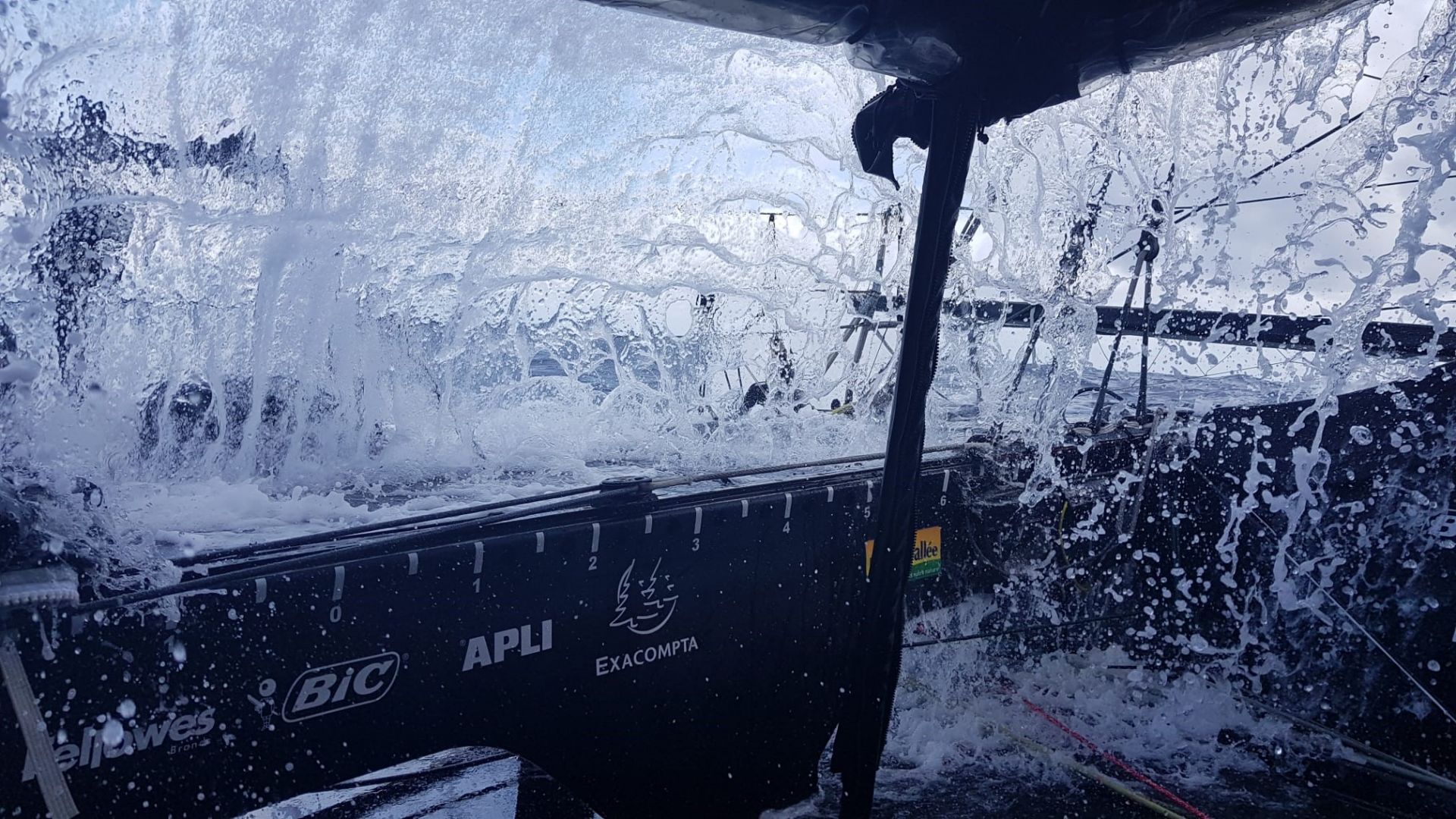 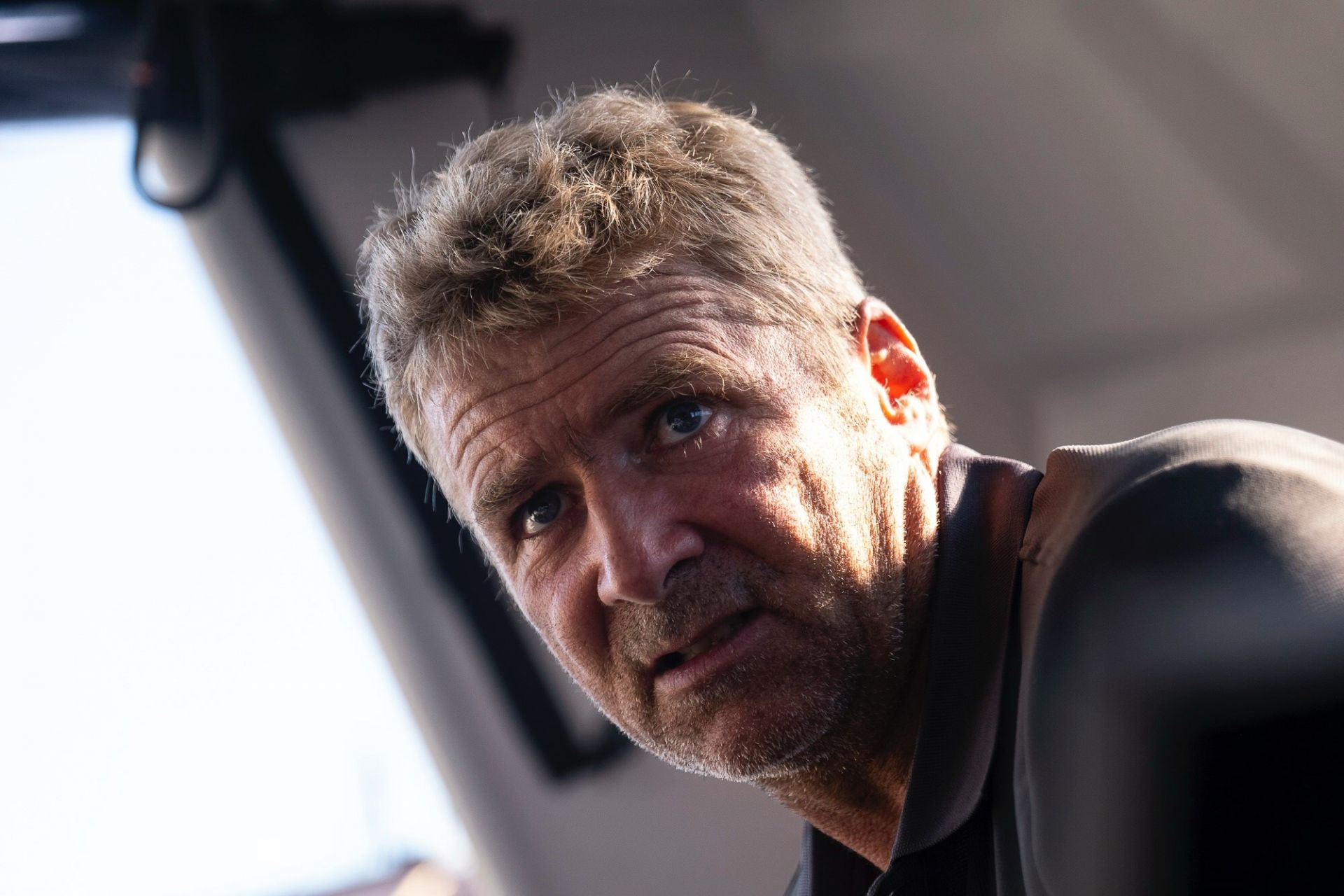 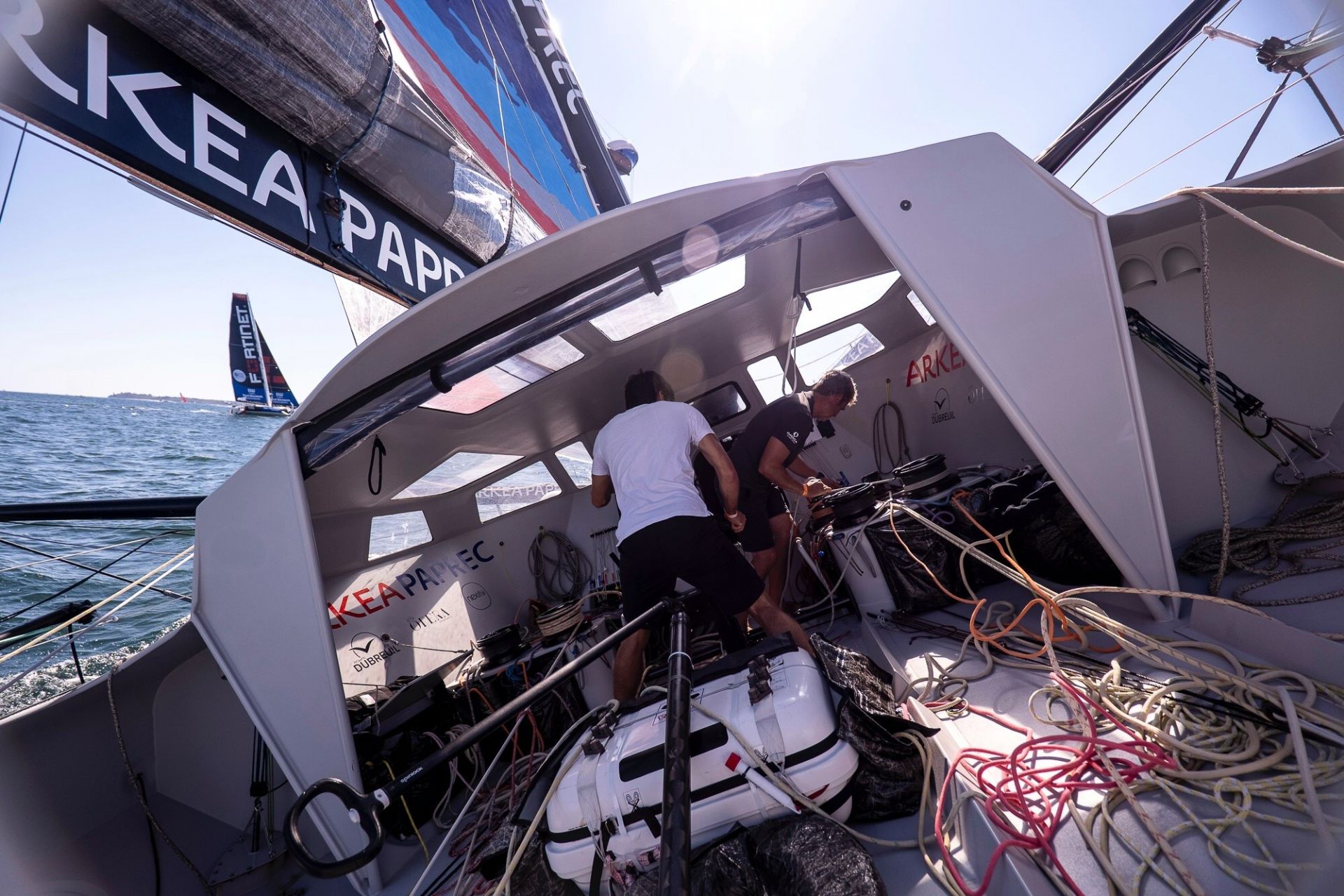 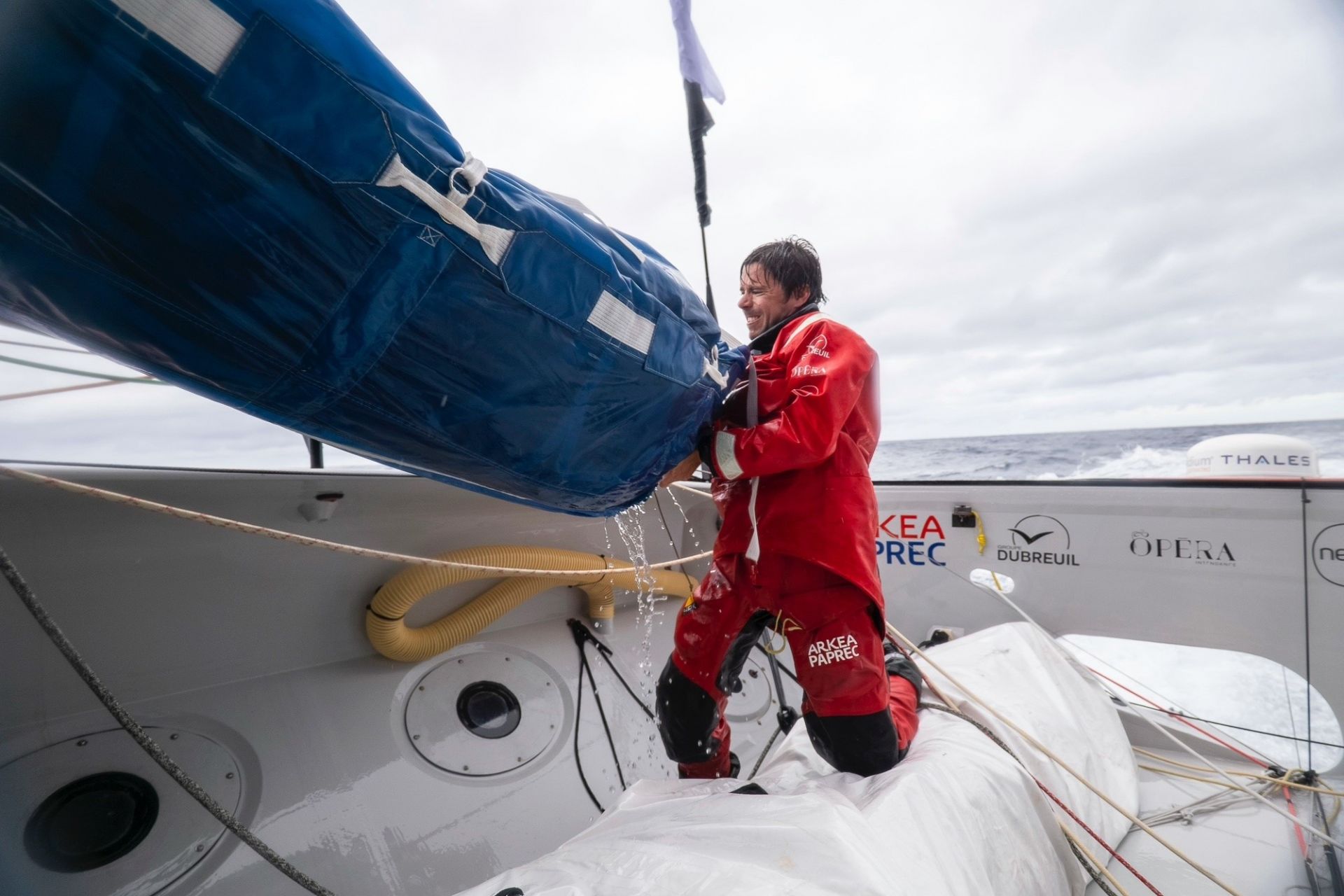 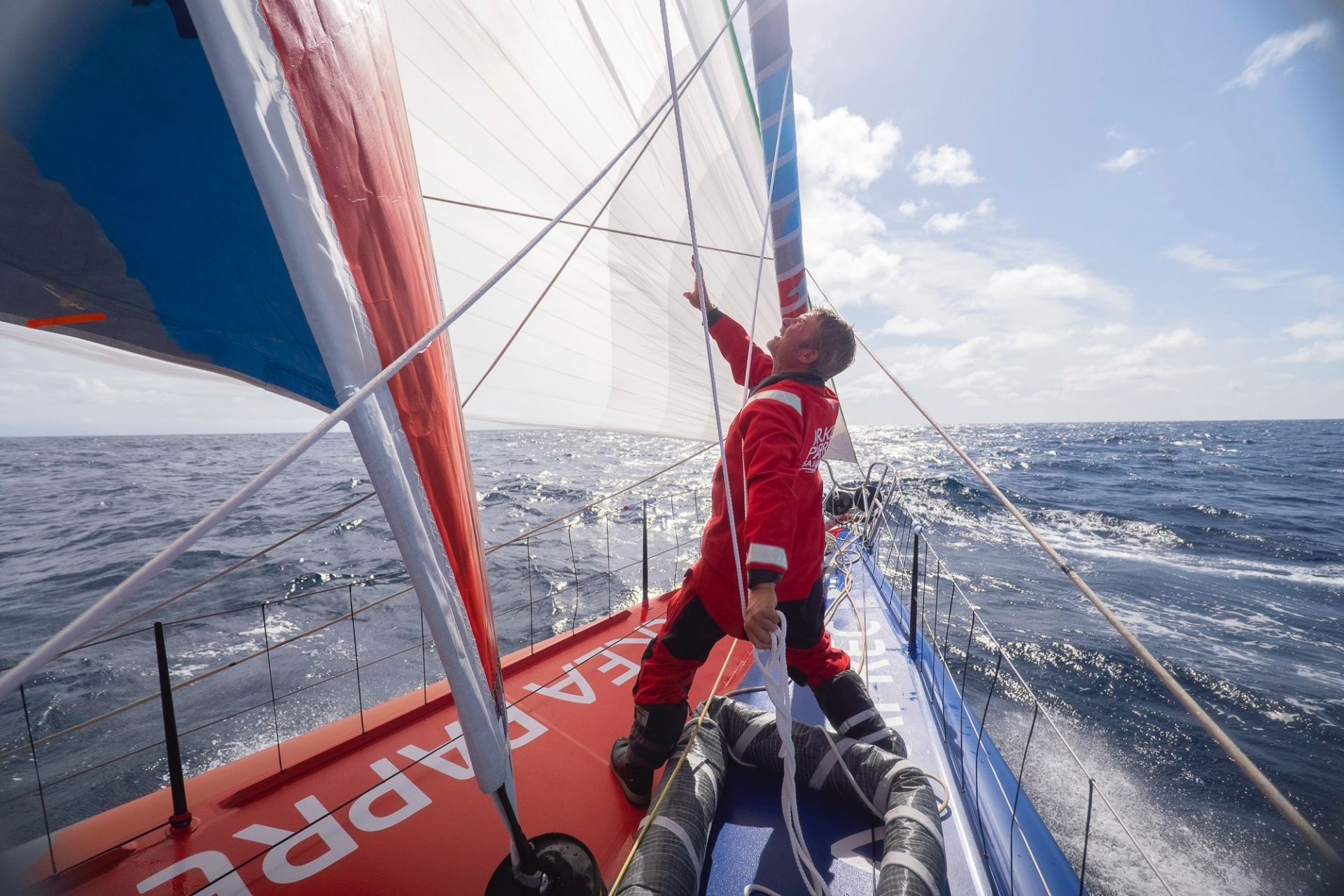 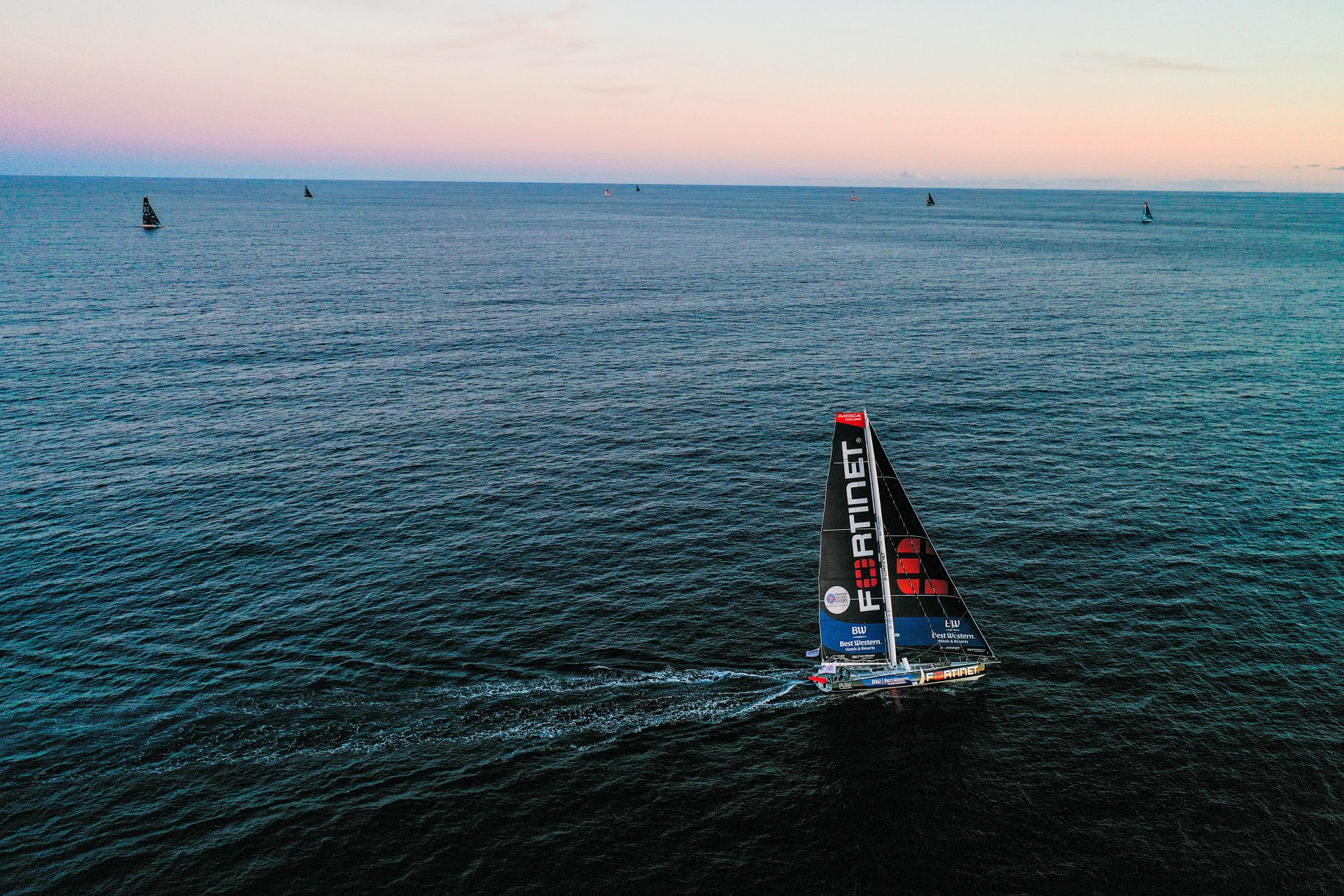 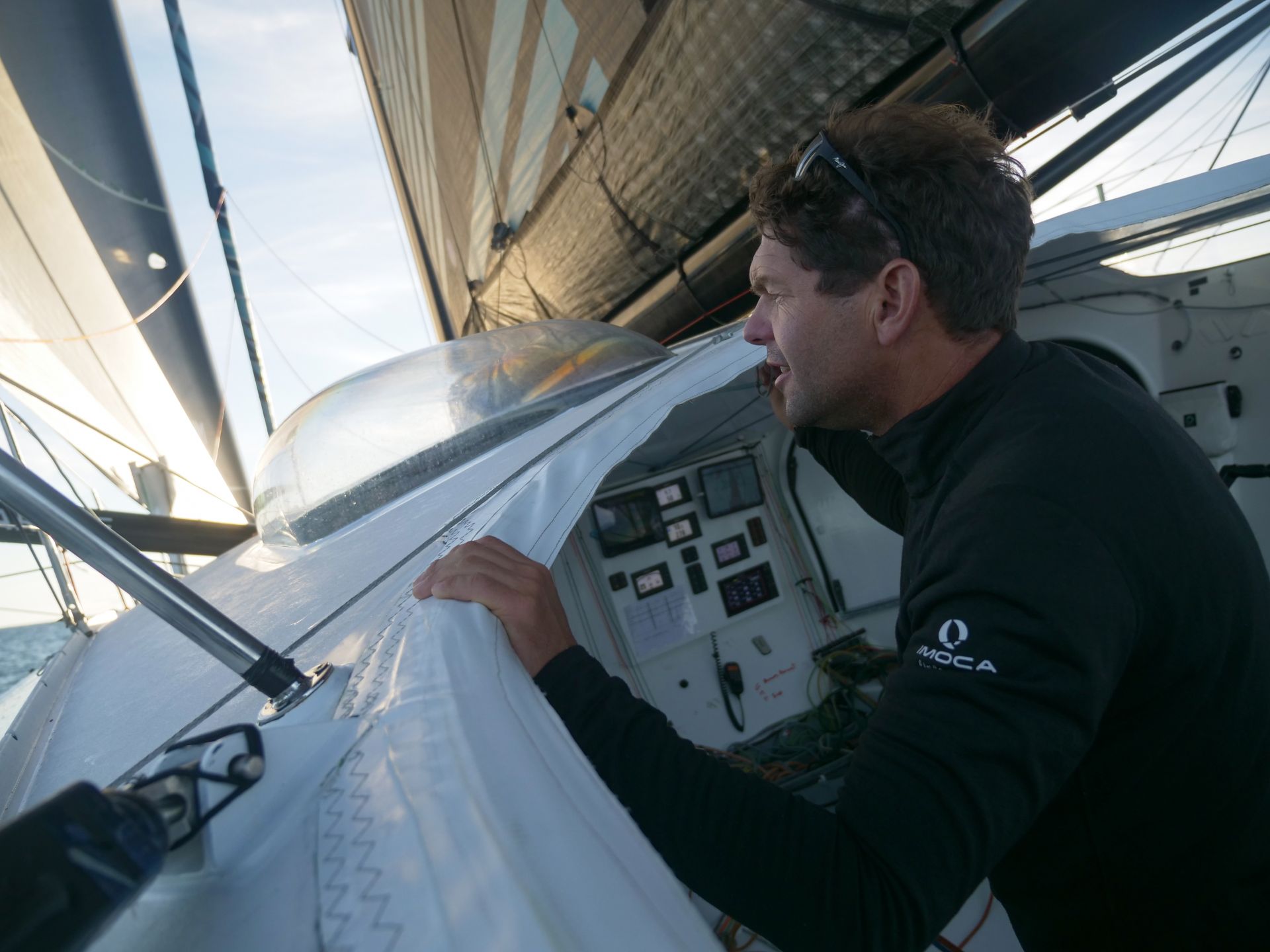 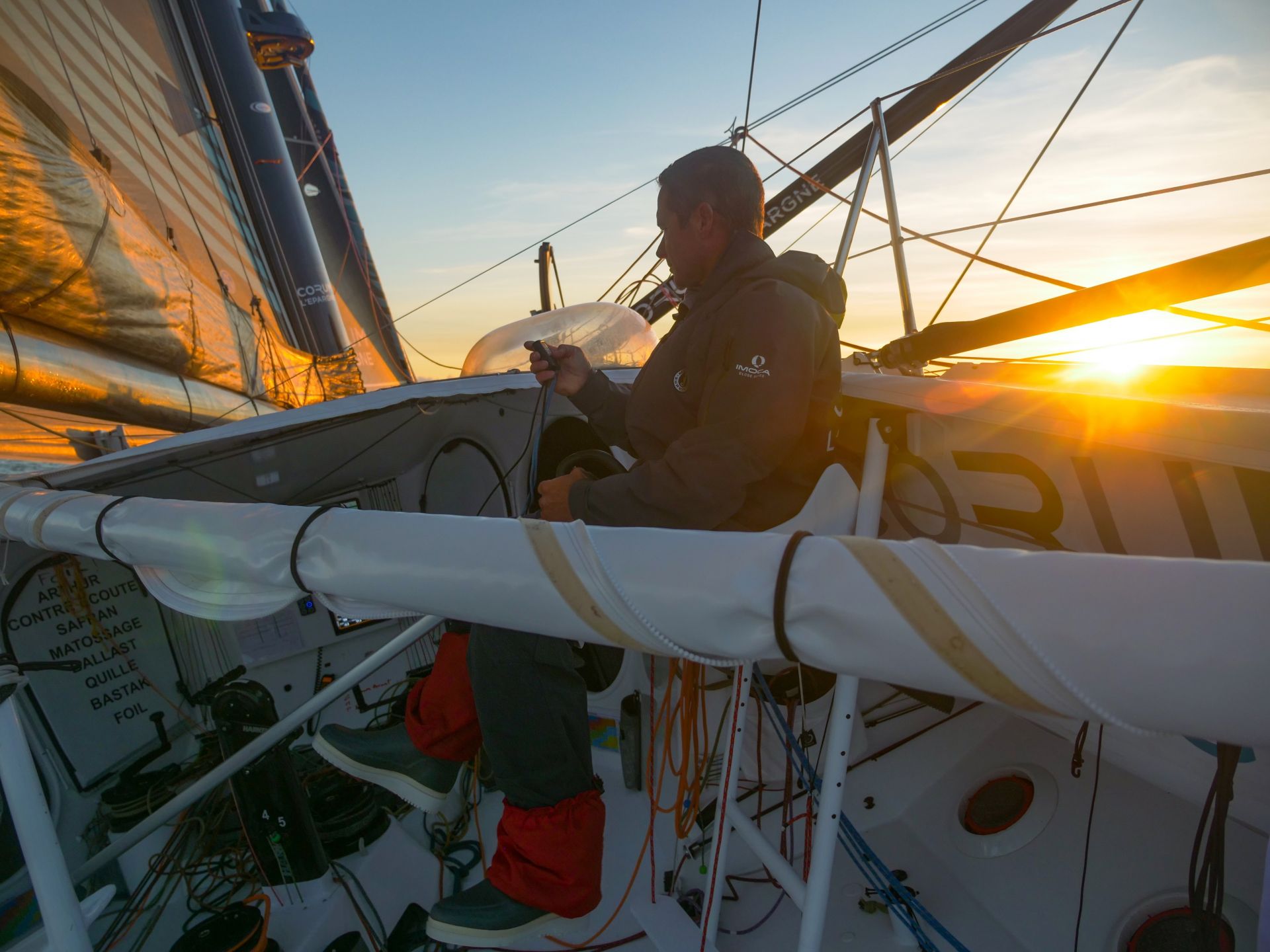