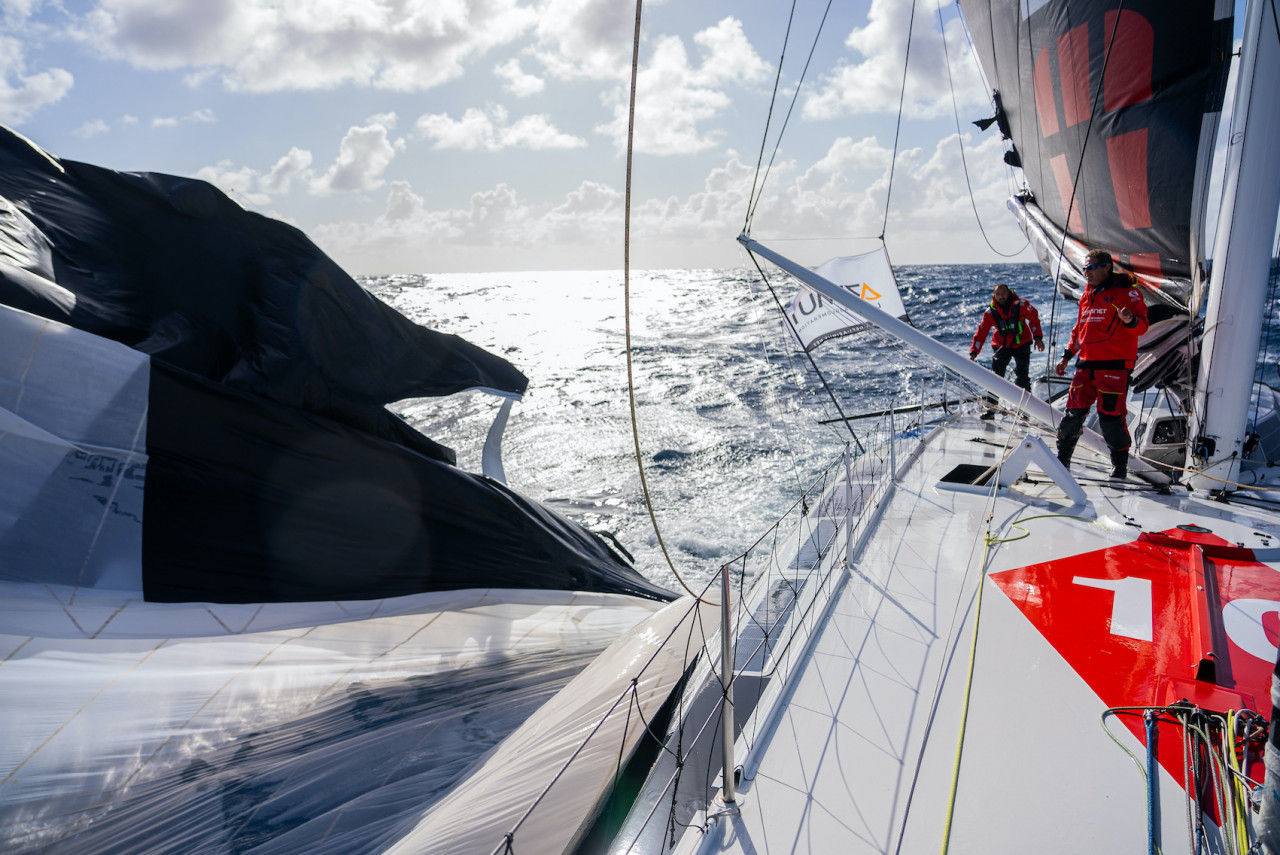 Story from Andre Carmo, On Board Reporter with Romain Attanasio and Sébastien Marsset.

We were fighting very close with Initiative but eventually they went ahead. While doing 20+ knots, our J1.5 made a bang because one of the fittings of the tack line blew off the deck.

Also the mainsail was hit by the flying sail and made a hole on it. We are going downwind, looking for the best VMG, currently doing 12-16 knots while surfing waves

We just blew up the spinnaker! The sail ended up dragging under the foils and we had to cut the it and put it away! Romain and Seb never give up and we are still charging ahead with the Masthead Gennaker up.

This race is pushing for what short handed sailing is all about: Resilience.

Romain and Seb just keep pushing and pushing the boat even after several episodes of bad luck!

Unfortunately we blew the J1.5, we blew the spinnaker and pierced a considerable hole in the mainsail. Even after all of this, Romain and Seb still have a smile on their faces and are looking for ways to go faster.

That is what sailing is all about, not giving up when everything is not going the way you want.

Now, after throwing almost every sail out of the bag, we are heading to the third and final waypoint with the masthead gennaker up and ready for the last leg to Lorient.

Andre Carmo on board Fortinet-Best Western 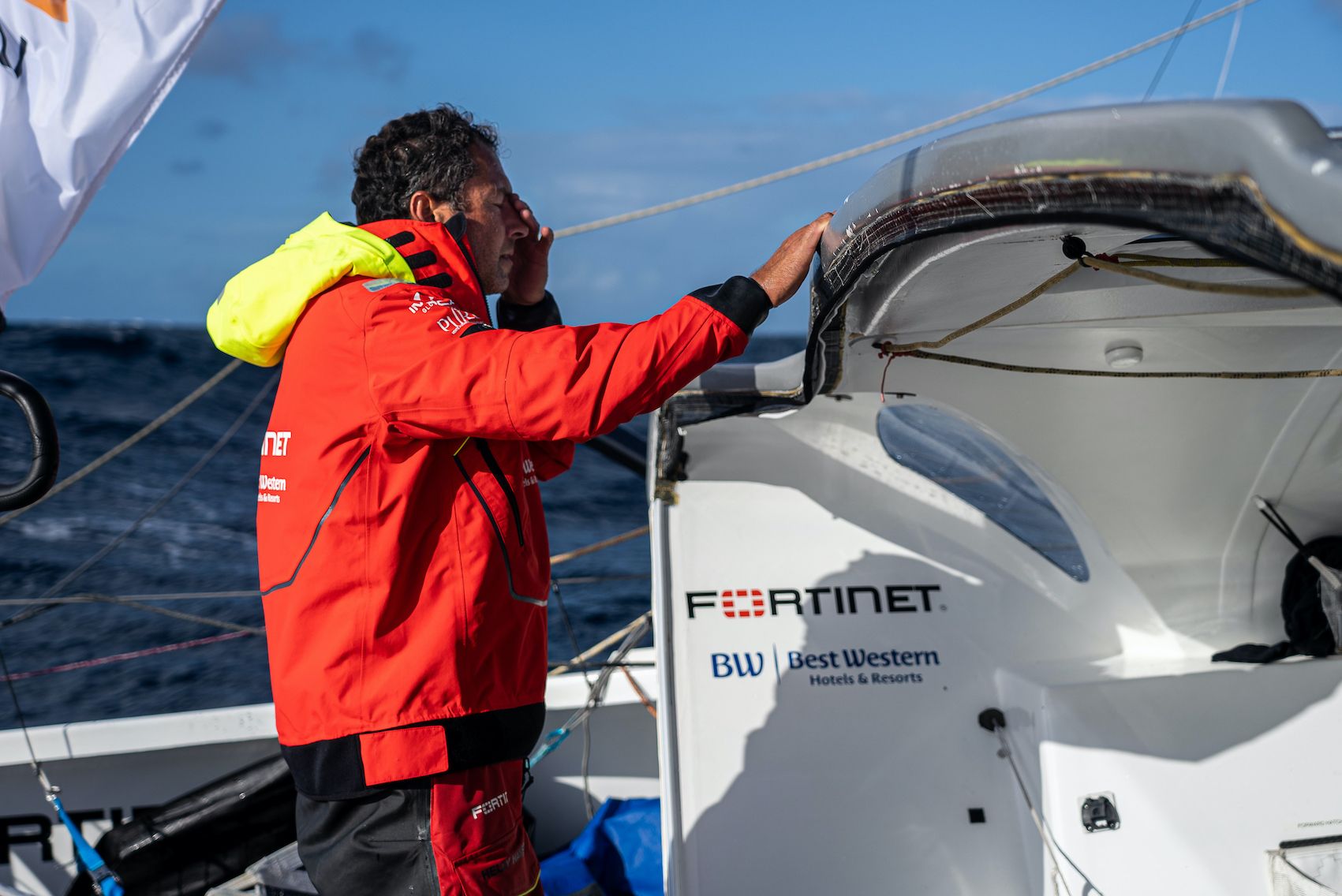