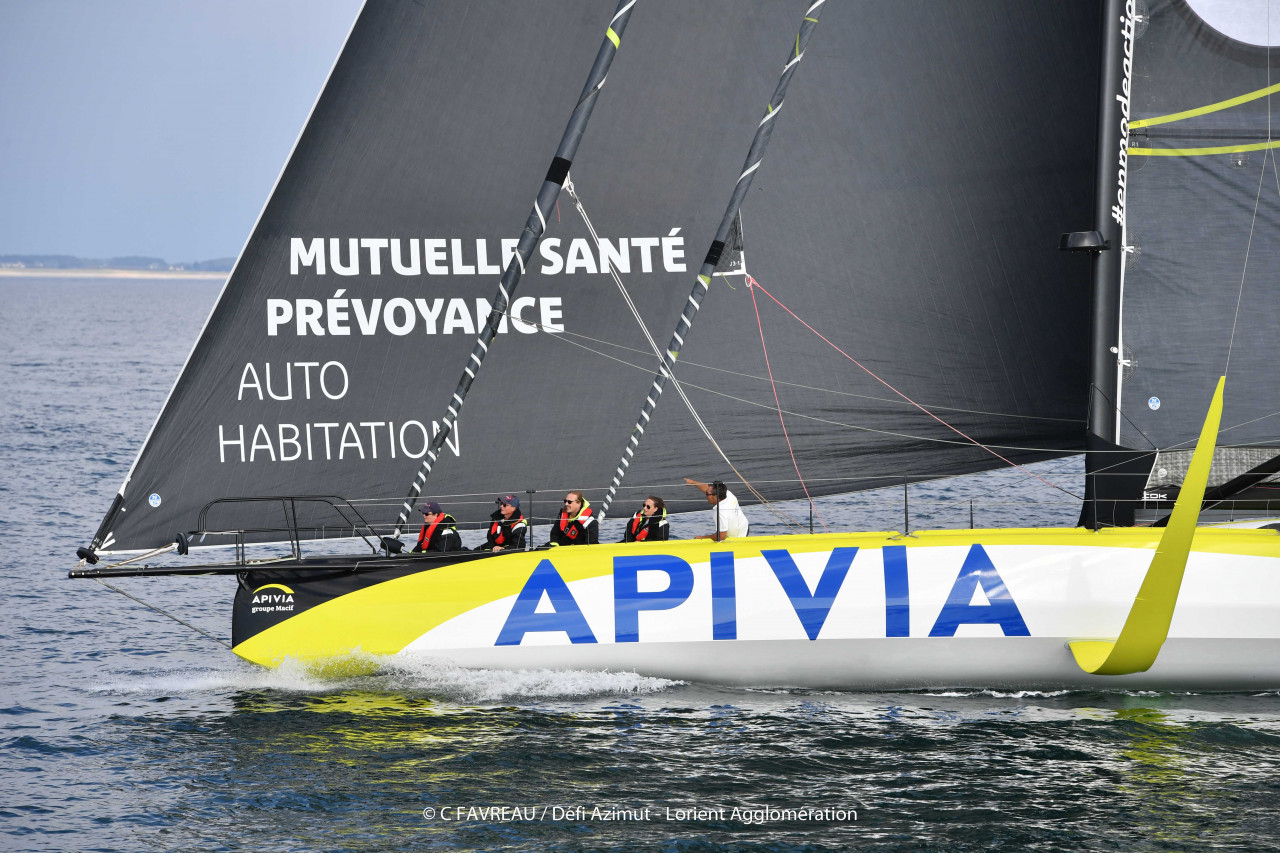 Immediately after APIVIA had finished her third and final speed run off Lorient at the Défi Azimut, her skipper Charlie Dalin was straight onto his smart phone to check on the results.

“Oh s***,” he exclaimed in French, as he flicked through the ranking that showed that his IMOCA 60 that took line honours in the 2021 Vendée Globe and then thrashed the field in the recent Rolex Fastnet Race, had come fifth overall.

Her best average speed over the short course set between the Ile de Groix and the mainland shore was just over eight-and-a-half knots, a modest mark for a boat that can hit 30 knots in foiling mode. Like all her rivals, Apivia was left bumping along like a plane trying to get off the runway.

But what was interesting was that, even in the lightest of sea-breezes on a day when the class puts on a show for the benefit of sponsors and partners, Dalin wanted to win – underlining that his success in this fleet and in sailing generally reflects a rare and powerful competitive drive.

“I don’t like underperforming,”he said laughing, when asked about his reaction at the finish line. “I don’t know where it really comes from but I like competition; I like facing other boats or other competitors, whether it be in 60-footers or Figaros – when you have two people sailing, you are going to race, even when there are only two boats."

“Yeah, there wasn’t too much wind,”he added by way of explanation. “And also the wind angle was pretty close, so not really broad reaching, but never mind. The wind was also pretty unstable – it was not easy to find the right timing to go. But actually we didn’t have much choice because we only had one-and-a-half hours to do four runs, so basically we did as many runs as we could.”

The 37-year-old originally from Le Havre, is an easy guy to chat to. He enjoys talking about the sport he loves and about his route to the top. He started sailing when he was six and believes that his success in the Vendée Globe reflected everything he has learned during 30 years on the water.

He talks about all the people he has picked up tips from over the years, among them Gildas Morven, Yann Elies, Armel Le Cléac’h and Franck Cammas and about how his debut on the non-stop global course has changed his view of sailing and the world. Where before he viewed a transatlantic race as a major challenge, now he considers it a relatively short distance.

A naval architecture graduate from the university of Southampton on the English south coast, Dalin used to wonder whether his time studying had put him at a disadvantage against rivals who had been sailing non-stop after school. But these days he has come to realise that the mind-set he has developed – that has helped him understand both the design race and the sailing skills required in the IMOCA class – has only benefitted from the training he did at Southampton.

His performance in the Vendée Globe has had another effect on him; he is now much better known by the general public in France than before the race and he finds it astonishing when people recognise him even behind a mask and in locations that have nothing to do with sailing.

For Dalin, as for most of the other 13 skippers taking part, the 48-hour offshore race in the Défi Azimut this year serves as a useful warm-up for the Transat Jacques Vabre (TJV). Counting the 48-hours and the Fastnet, the TJV will be only his third race sailing alongside Paul Meilhat, the former skipper of SMA and winner of the Route du Rhum in 2018.

The Fastnet performance suggests that this is a very powerful pairing and Dalin says that is because both he and Meilhat were trained and drilled in the same school. They both attended the Pôle Finistère Course au Large in Port La Fôret, they both went through the Skipper Macif programme, and both made the transition from the Figaro to the IMOCA class.

“When we speak, we speak the same language,” explained Dalin. “When we take watches – we manage to get a good sleep rhythm. The flow works – you get this flow state – everything is natural. Nothing is forced. Every sports person is always trying to get into that state – the state where everything is going well for you and you make the right choices at the right moment.”

And is Meilhat as competitive as he is?

“Yeah he is,”says Dalin without a moment’s hesitation.

So – with Dalin’s Vendée Globe behind him in this boat and then the win in the Fastnet Race – you would imagine this duo is feeling pretty confident about their prospects in the Transat Jacques Vabre. They are, but Dalin is also aware that over-confidence can be fatal to winning ambitions.

“That’s a trap you can easily fall into, so I know we still have a lot of work to do to be ready, both on the crew work and also on the boat,” he said. “You have to be careful not to think you are going to win before you have even started a race – it’s not a good idea. Even though the start is fairly soon now, I don’t feel like we are totally ready. We need more training and more sailing together,”he added.

Dalin brought APIVIA across the finish to take line honours in the Vendée Globe, in excellent condition. That he did so, suggests he has found the balance between being competitive but not pushing so hard that he breaks his boat. On the cockpit bulkhead of Apivia, he has written a message to himself which is very revealing.

“Fast but not too (the word ‘too’ is underlined several times) furious,” it reads. 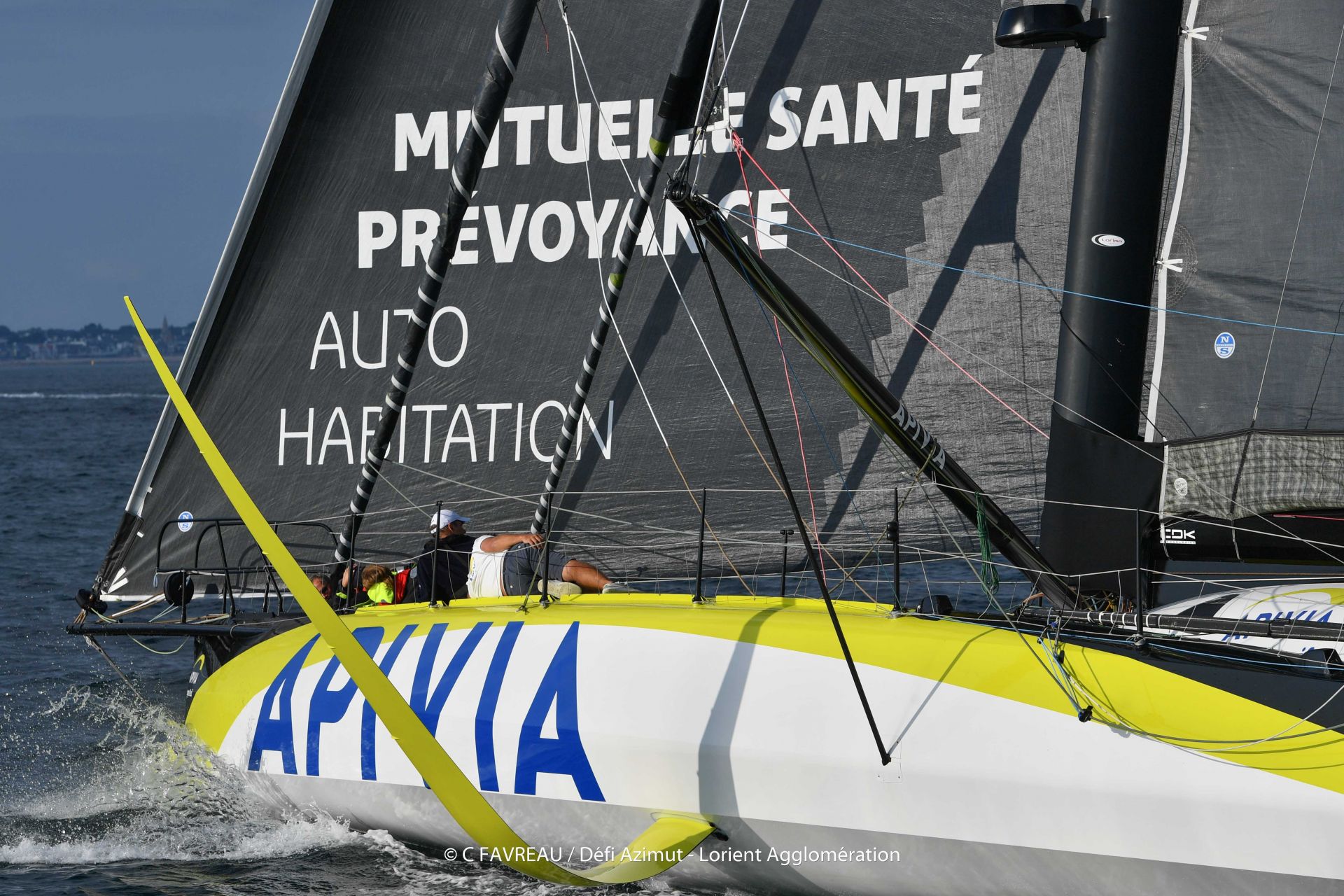 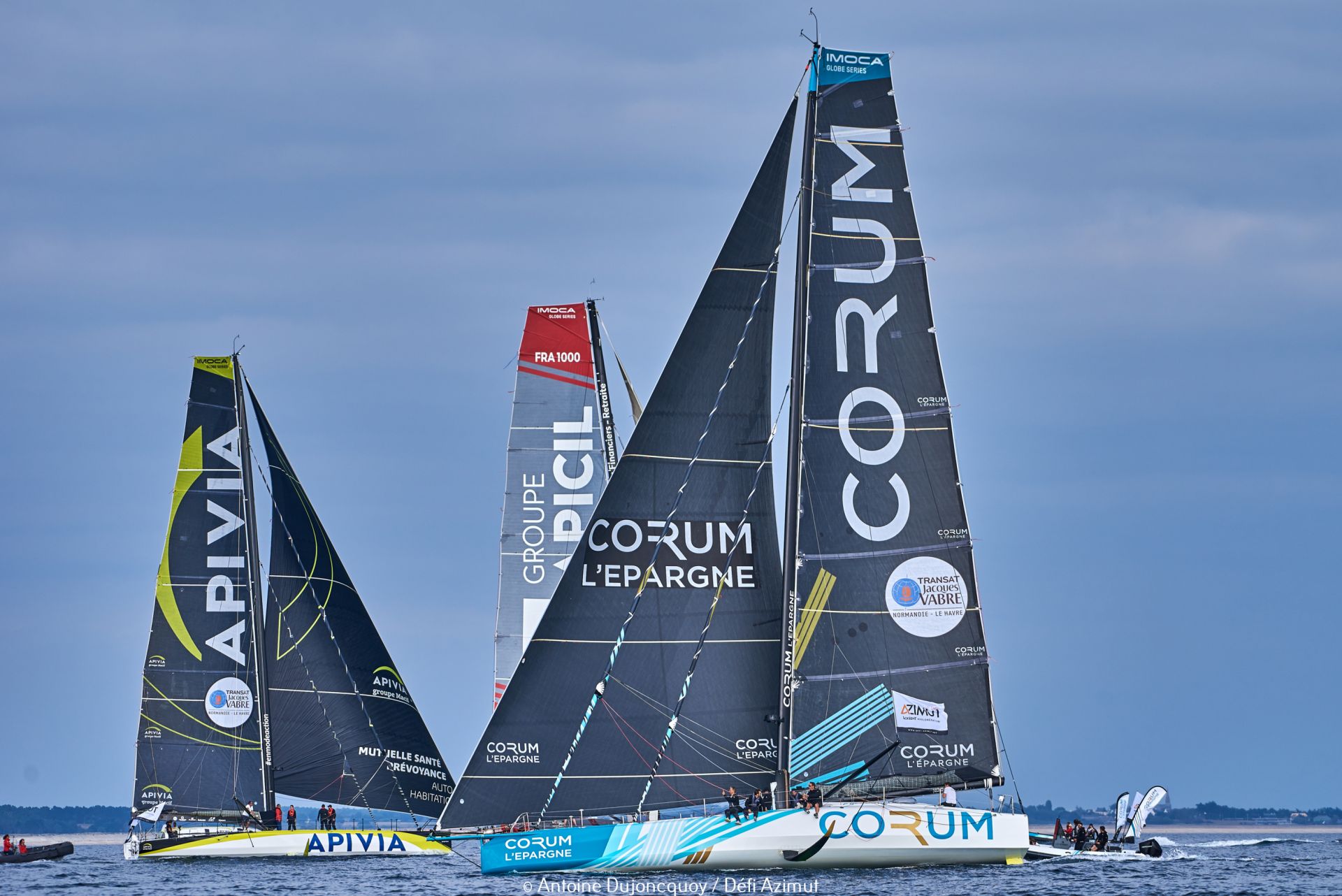 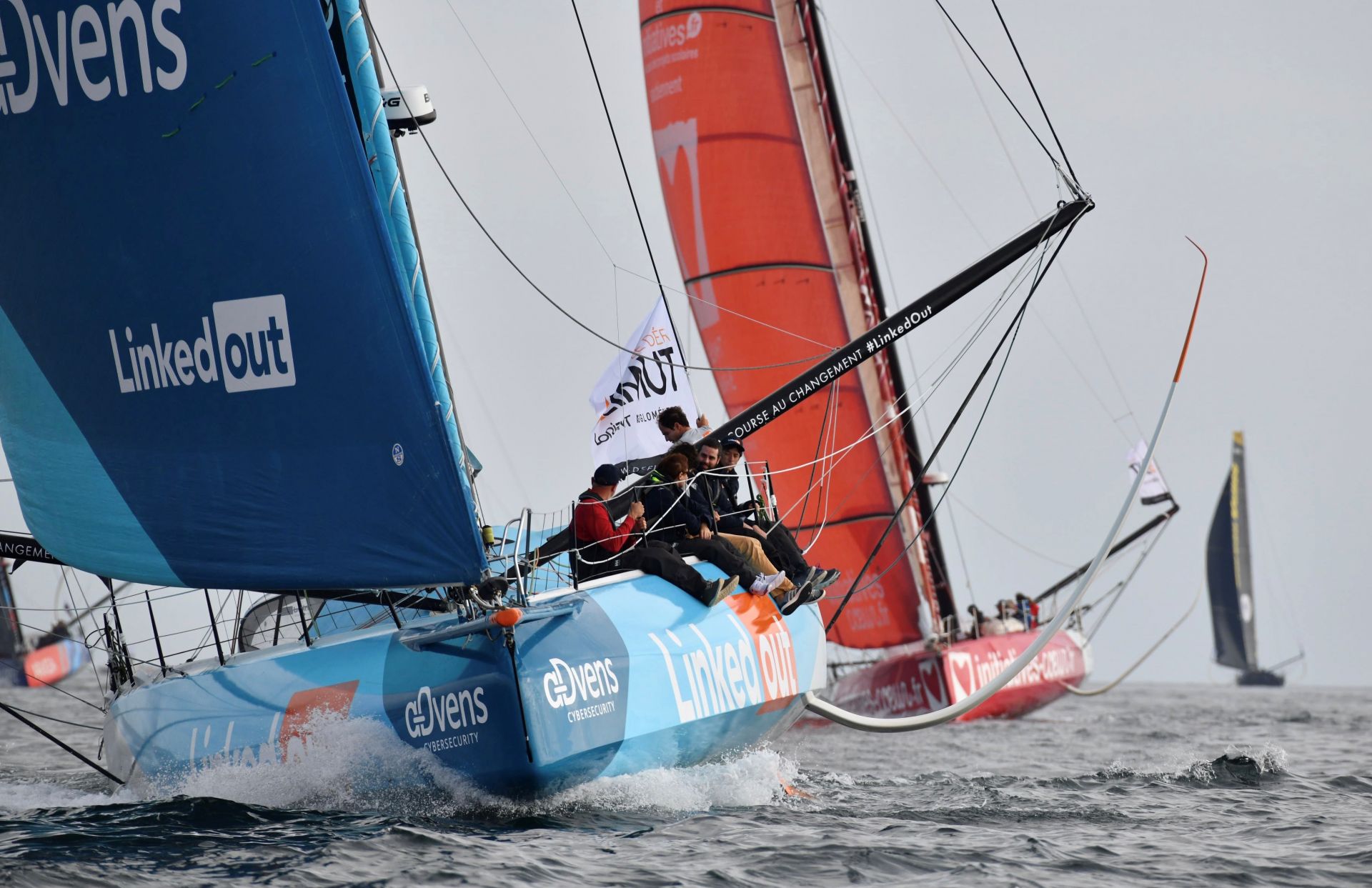