The Defi Azimut 48-Hours: A tough test for double-handed crews with little time for rest 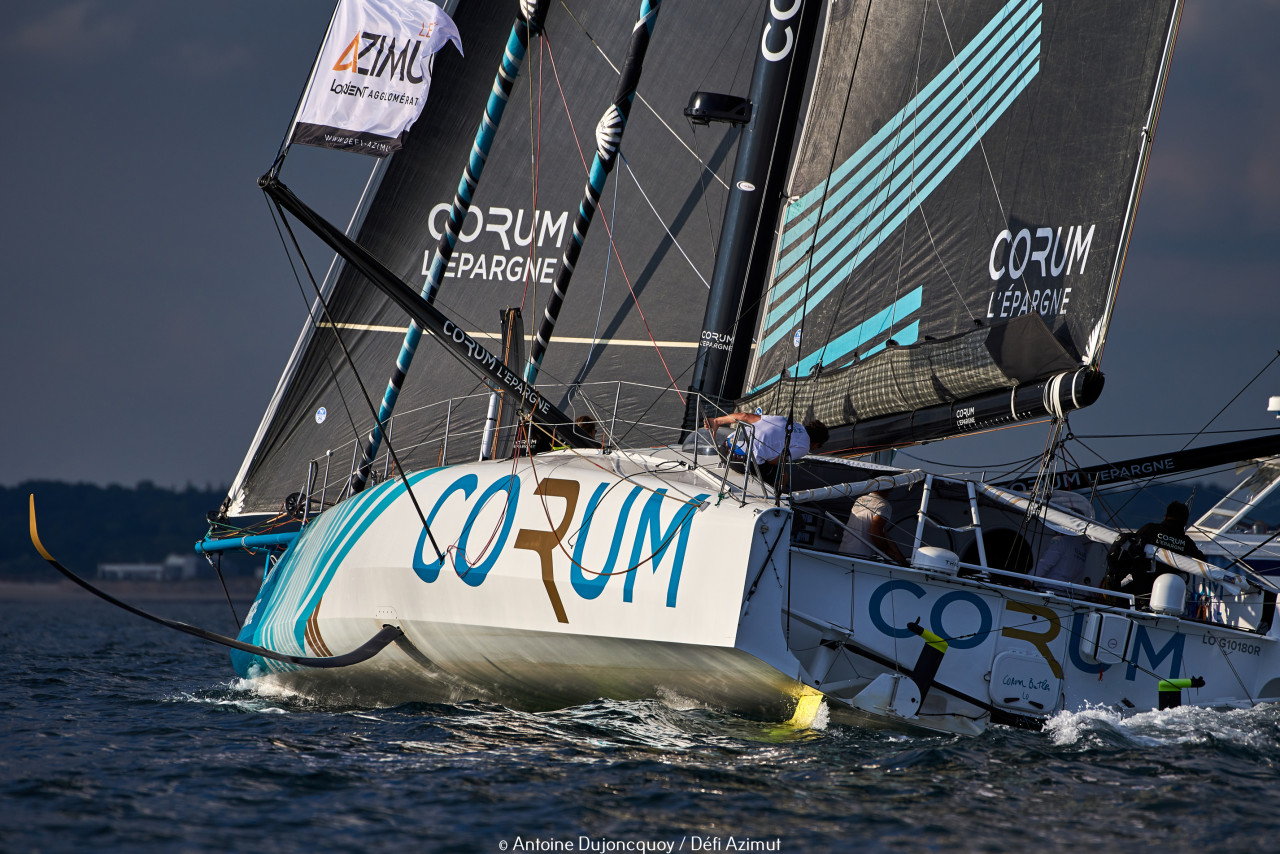 The double-handed 48-Hour Race is always the centre-piece of the Défi Azimut-Lorient Agglomération and the talk on the dockside at La Base in Lorient, from where the 14 crews will set sail this afternoon, is about a challenge full of changing conditions that should test crews to the limit.

The race – the third event in the 2021-’24 IMOCA Globe Series Championship –will start in light upwind sea breeze conditions which will be followed by a light-air ridge. There will then be a cold front to cross, followed by a squally section downwind in the breeze and that’s just the menu for the route to mark one, out in the Atlantic west-southwest of Lorient.

Simon Fisher the British co-skipper of 11th Hour Racing Team Alaka’i (the older of the team’s two boats), says it’s going to be full-on for him and his co-skipper Justine Mettraux of Switzerland. “There’s not going to be much downtime,” said the sailor known as Si-Fi. “On the way out to the front it’s going to be predominantly upwind, or maybe cracked sheets and reaching. Then through the front there will be a bit more reaching, into some windy downwind stuff when there will be quite a lot of gybing, so quite a lot of manoeuvres.”

Fisher says the final leg back to the Ile de Groix should be a fast reach when the IMOCA’s will be foiling, although the breeze may ease off in the closing stages. “There is a little bit of difference in how much the wind heads us in the end, but it is looking a little more moderate now – maybe 15 knots and then 10 at the end,” he said. “That will be quite an interesting one from a performance standpoint of the boats.”

Comparative performance in a fleet with a number of skippers racing what for them are new boats, plus the racing debut of 11th Hour Racing Team Mãlama, skippered by Charlie Enright and Pascal Bidégorry, is very much on everyone’s mind going into this two-day test ahead of the Transat Jacques Vabre (TJV).

Séb Josse, co-skipper alongside Nicolas Troussel of the Juan K-designed CORUM L’Epargne, says it will be interesting to see how the various designs fare in a mix of conditions and on a relatively complex course. For the CORUM L’Epargne team this will be the last outing before new a new foil package is installed ahead of the TJV start in November.

“It should be a warm-up for the TJV, but the race is short and there are lots of turns to make,” said Josse. “Even to go to waypoint one there will be four sail changes. In the TJV we don’t have four sail changes in less than six hours, so it is a good warm-up and it is good for the crews to stay together and to push harder than we normally do. It’s like a speed test with the others and we will see which boat goes fast in which conditions, which will be quite interesting.”

Josse knows that his boat will struggle a bit in the light upwind conditions at the start but should come back once the fleet gets into the breeze and into reaching and downwind mode.

For Romain Attanasio and Sébastien Marsset on Fortinet-Best Western, the 48-Hours of the Defi-Azimut, will be another chance to get to know Attanasio’s new boat, the former Malizia II raced by Boris Herrmann. Like Fisher and Mettraux, Attanasio sailed the Rolex Fastnet Race and then took part in two training sessions at Port La Forêt, so this will be his third outing on the boat.

“It will be really interesting,” said Attanasio, sipping a coffee while waiting to attend the final skipper’s briefing before the start. “Everything is interesting with our sailing at the moment. We are way better at understanding the boat – not like we want yet…but we are on the right path and that’s why it’s cool to have a double-handed year to learn the boat this year. It’s better than being alone – I am happy it is not a Route du Rhum year.”

Attanasio says he is confident he and Marsset will quickly settle into an efficient rhythm on board. “I think we can be good with that,” he said. “The thing is to just know the boat and know what sails we have to use at the good moments. Those are the first difficulties for us.” Another challenge will be managing the presence of an Onboard Reporter or OBR who will sail on Fortinet-Best Western, making a total of three in a cramped cockpit.

Getting into a rhythm and not being on deck for hours on end leading to exhaustion is something Fisher and Mettraux believe they did well during the final stages of the Fastnet Race when the fleet compressed in light airs but they did well to hold onto third place.

The big challenge for them this time will be to beat their teammates on the brand new Verdier-designed 11th Hour Racing Team Mãlama. Asked if he would like to do that, Fisher laughed. “It would be nice,” he said, “you always want to beat your teammate. But no, really our plan is the same as the Fastnet – to go out and have a good race, sail a clean race, sail fast, focus on performance and try to do our manoeuvres well. If we do all those bits and sail smart, then the result will be a function of that.” 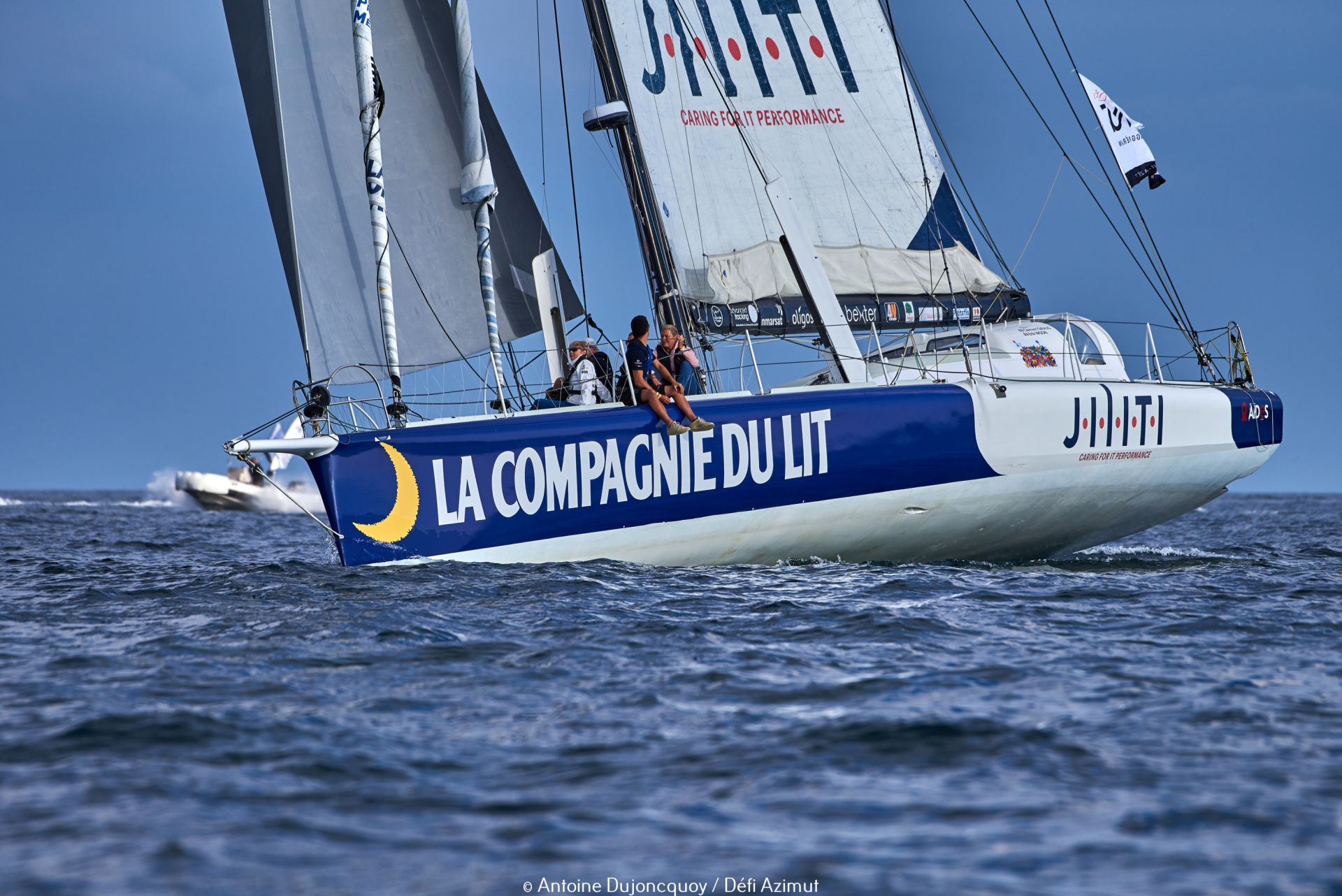 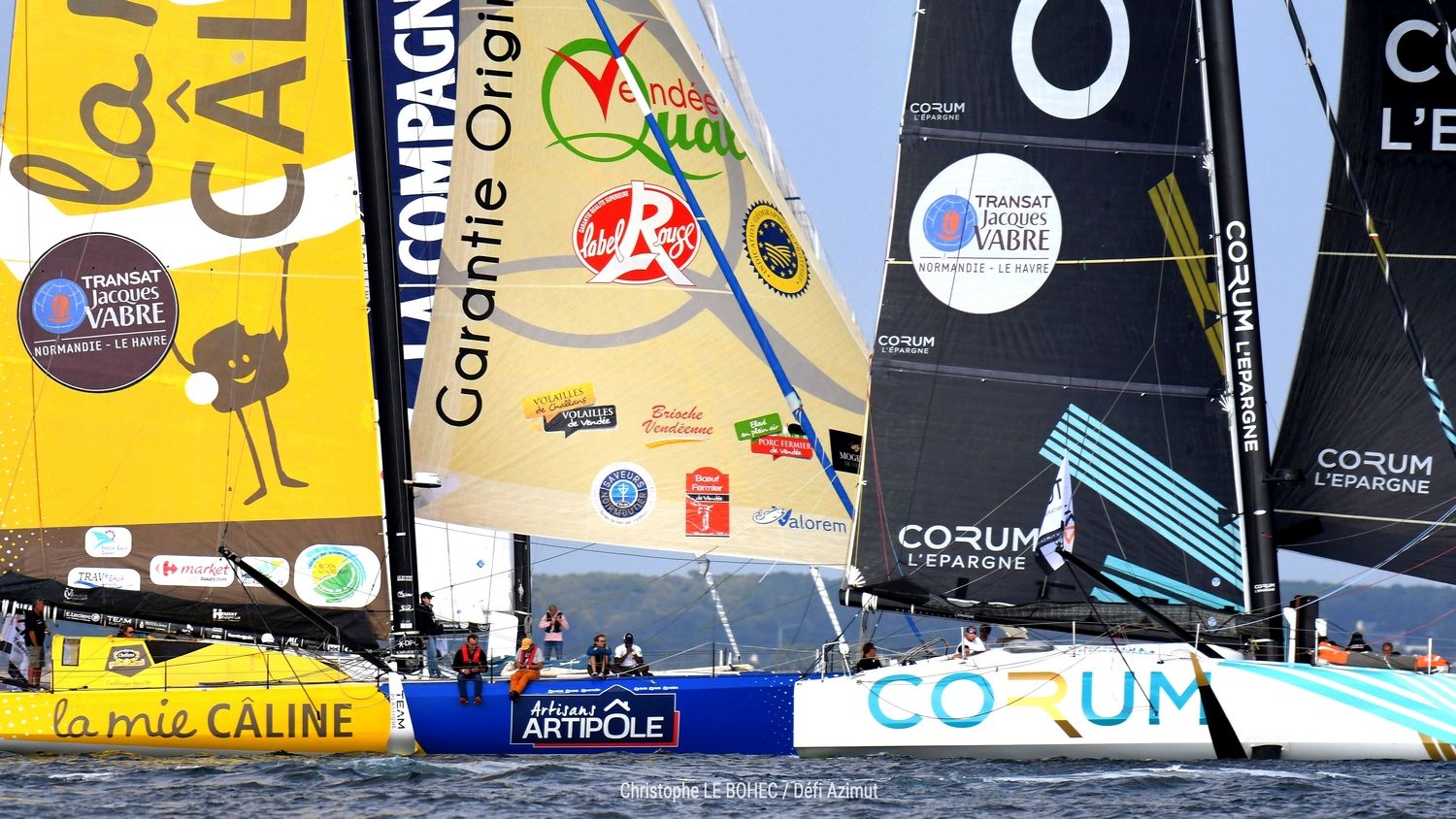 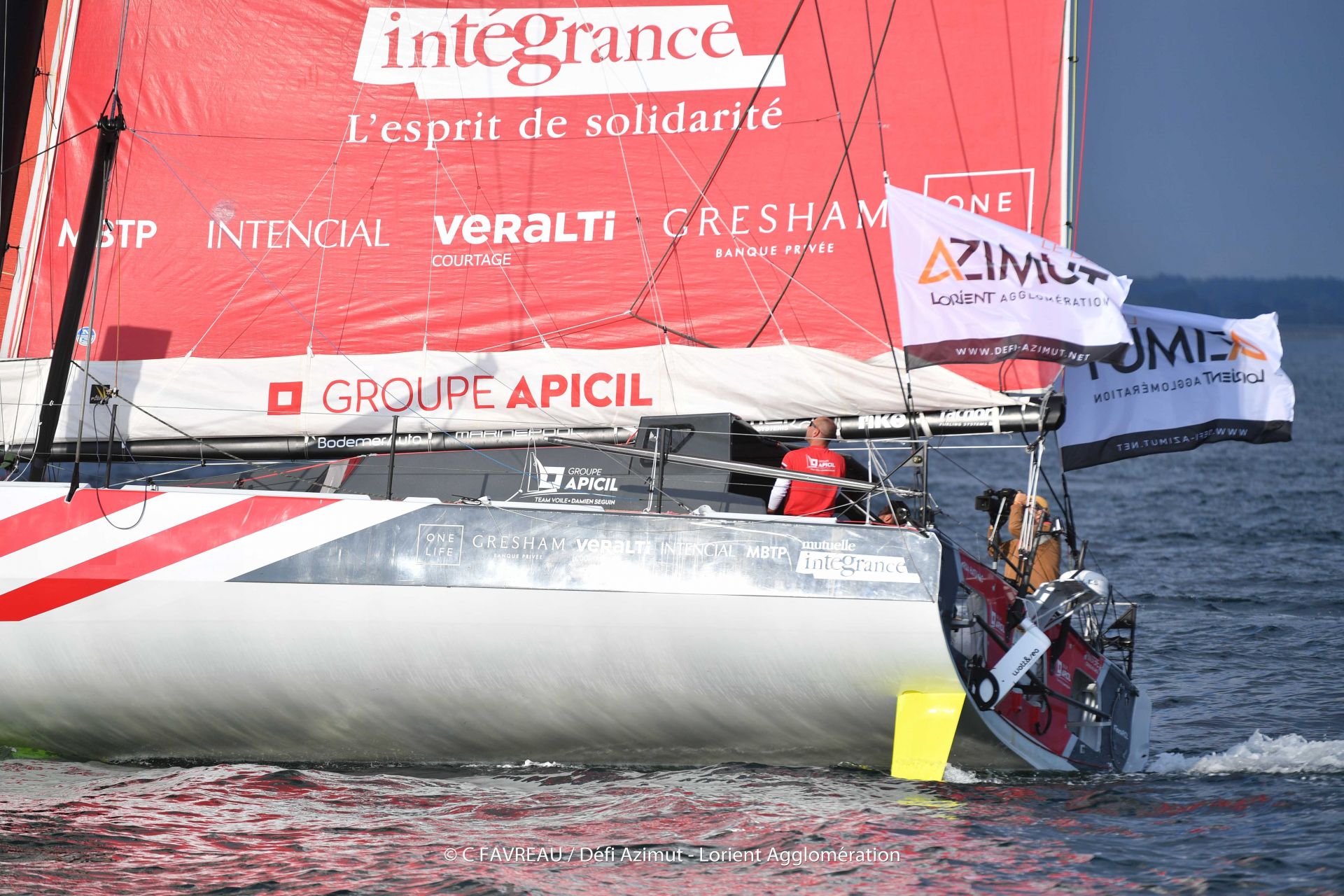 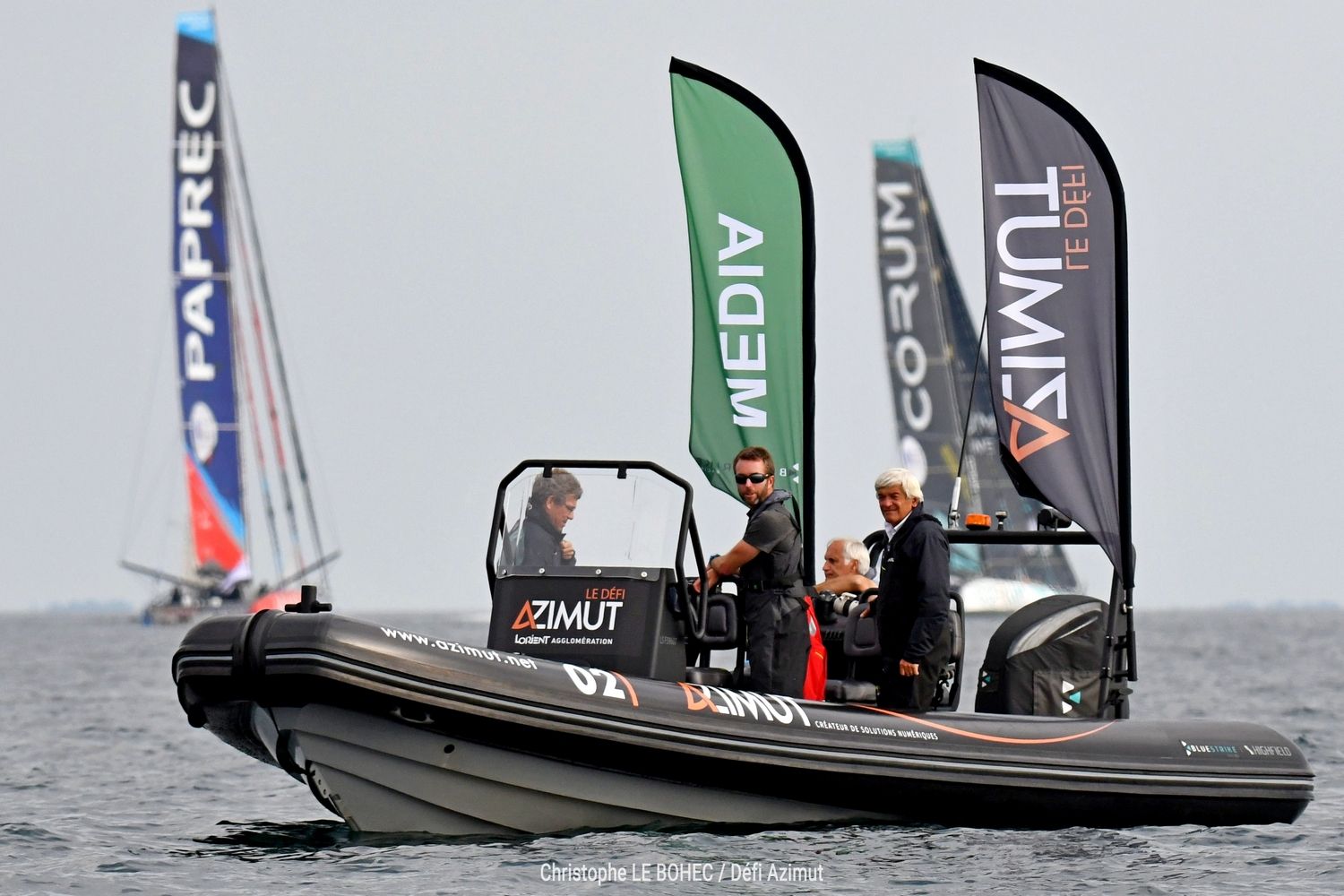 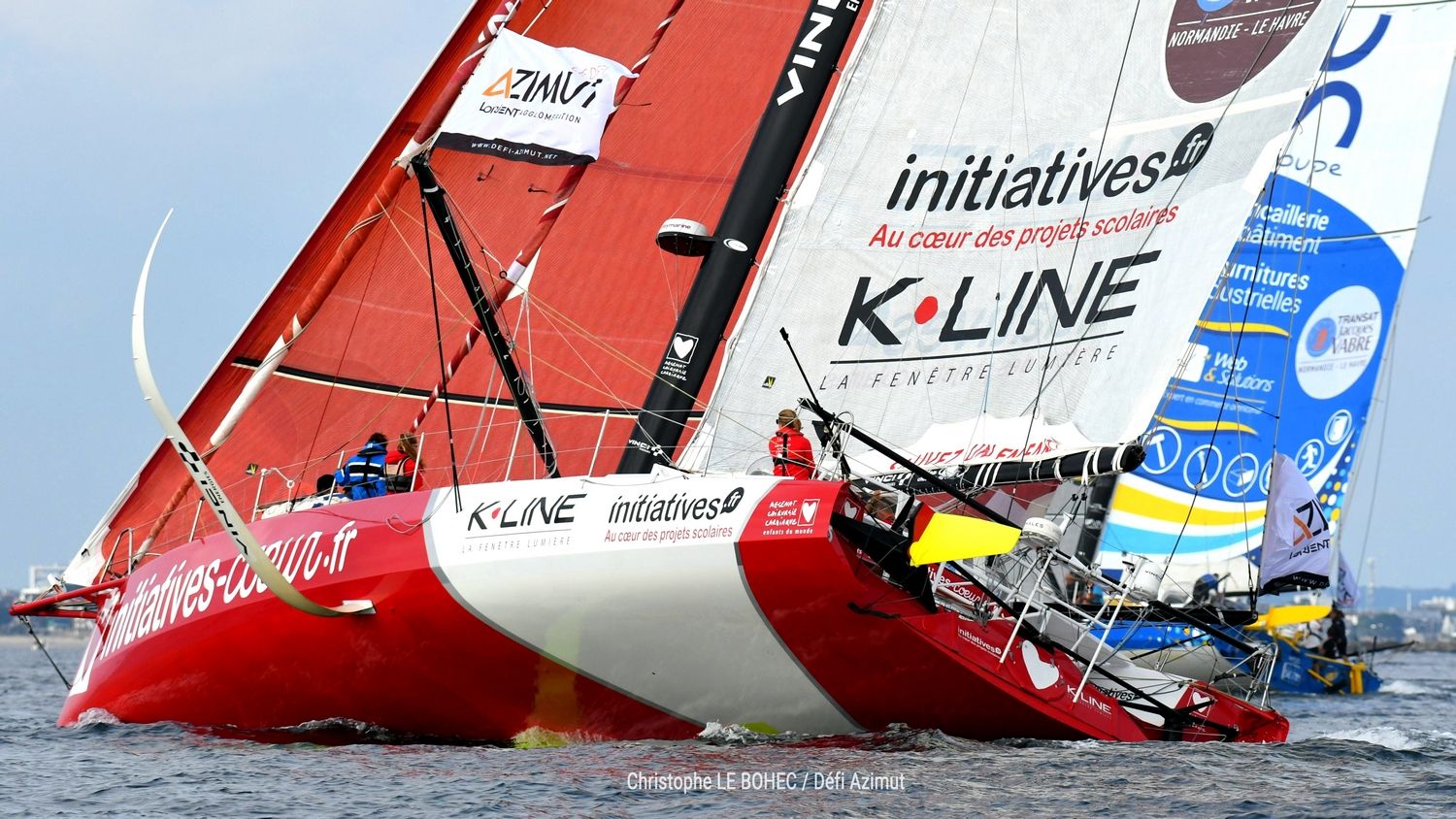