A very experienced offshore sailor, Kevin Escoffier, who previously headed the design office of Team Banque Populaire, has a Jules Verne Trophy and two Volvo Ocean Race campaigns to his credit, including a winning campaign with Dongfeng Race Team in 2017-18.

A technology enthusiast, Kevin has already been part of the PRB team since he was a member when Vincent Riou's Farr design was built for the 2006 Vendée Globe. It was at the helm of the VPLP/Verdier design launched in 2010 and boosted with foils in 2018 (the last PRB helmed by Vincent Riou) that Kevin launched the 2019 season to target the 2020 Vendée Globe.

The skipper then bagged several second places in races before tackling the solo round the world race. After more than twenty days at sea, on November 30, at 14:46 hrs, the IMOCA PRB broke in two. Kevin triggered his distress beacon 600 miles to the south-west of the Cape of Good Hope. He was rescued some 12 hours later by Jean Le Cam.

As soon as he returned to shore, the sailor cast his mind forward to a new project. He decided to build a new boat and bought the hull of an IMOCA under construction at Jason Carrington's yard in England. With this new boat, Kevin Escoffier plans to participate in the Défi Azimut and the Route du Rhum in 2022. 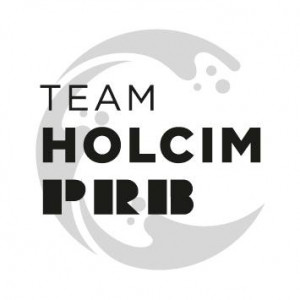