Born in a family of sailors, Nicolas fell into the great pot of sailing at a very young age. In parallel with his studies in management and administration (Master 2), he successfully competed in regattas both in France and abroad. His passion for sailing led him to take part in the Solitaire du Figaro in 2007. This edition will be crowned by his victory in the Bizuth ranking.

Tenacious and committed, the talented young man trains at the Pôle Finistère ocean racing center in Port-La-Forêt. In 2009, an exceptional group of sailors returning from the Vendée Globe entered the Solitaire du Figaro. Desjoyeaux, Beyou, Eliès and Le Cléac'h came to defend their title but Nicolas led the race from start to finish. Intuitive, rigorous and determined, the young sailor brilliantly won this edition, at only 26 years old and for his third participation.

Since this victory, Nicolas wears the Generali colors in the pure family tradition since his father, 35 years earlier, had done the same. His quest for excellence and his professionalism have only occasionally brought him down from the podiums, ensuring his sponsor all the benefits of a successful partnership both at sea and on land. Indeed, the talented sailor knows how to become a man of communication to enhance a win-win relationship with his investors. So it is with complete authenticity that he swaps his foulies and boots for a shirt to go and tell his adventures, his fears as well as his moments of ecstasy, or simply to let people discover his wonderful environment: the one where you are always chasing the horizon line...

In 2017, Nicolas had a flawless season on the Figaro Beneteau circuit: he won the Solitaire du Figaro for the second time, the Solo Maitre CoQ for the third time, the Tour de Bretagne (also his second victory) and thus became French Ocean Racing Champion.

He then participated in the Volvo Ocean Race aboard Turn the Tide on Plastic and just finished the Mirpuri Foundation campaign for The Ocean Race Europe. 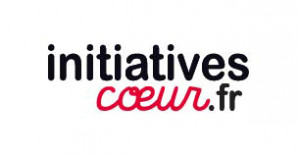 2018: 6th in the Volvo Ocean Race on Turn The Tide on Plastic