At 40, Paul Meilhat is one of the big guns of the IMOCA GLOBE SERIES. He hails from an Olympic sailing background (Optimist, Laser and 49er) and was shaped with sea salt by the Figaro circuit from 2008.

Paul celebrated his first major victory in April 2014 in the Transat AG2R La Mondiale with Gwénolé Gahinet. On the back of this promising wave, the skipper met SMA group and enjoyed a great season in Figaro, finishing 4th in the French Elite Solo Offshore Racing Championship.

In 2015, Paul Meilhat made the leap from the Figaro to the IMOCA circuit. After a year spent finding his feet, Paul finished fourth in the New York - Vendée and The Transat bakerly. Further down the line, whilst competing in the Vendée Globe, jockeying for position in the top three, the SMA skipper suffered a failed keel ram that would force him to retire after 52 days of racing.

With a changed mindset after this circumnavigation, Paul enjoyed a high-scoring year in 2017. Alongside Gwénolé Gahinet, he won the ArMen Race, the Rolex Fastnet Race, the Défi Azimut and then took a superb 2nd place in the Transat Jacques Vabre against the best foilers on the circuit.

In 2018, he won the Monaco Globe Series and the Route du Rhum - Destination Guadeloupe. While this year-end also heralded the end of his partnership with SMA, Paul had no intention of stopping there. The skipper based in Brest and Lorient actively began the hunt for partners.

Racing double-handed with Samantha Davies and then with Charlie Dalin, bagging an IMOCA Champion 2021 title along the way, the high-calibre sailor has what it takes to complete a programme combining a participation in The Ocean Race 2023 and the Vendée Globe 2024.

The skipper says of The Ocean Race: "It’s a big dream for me to do this race. I want to sail this amazing boat with a crew. For me The Ocean Race is the DNA of sailing. It’s very important for us to have a chance to discover the world and spend time in different countries, whilst showcasing our boats."

In 2022, Paul Meilhat is joined by Biotherm and is starting the construction of a new boat (Verdier design, sistership to APIVIA) with the objective of participating in all the IMOCA GLOBE SERIES events. 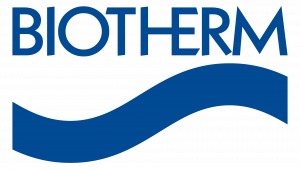