3 questions for Guillaume Verdier “The architecture of the new IMOCAs is reminiscent of that of motor boats!” 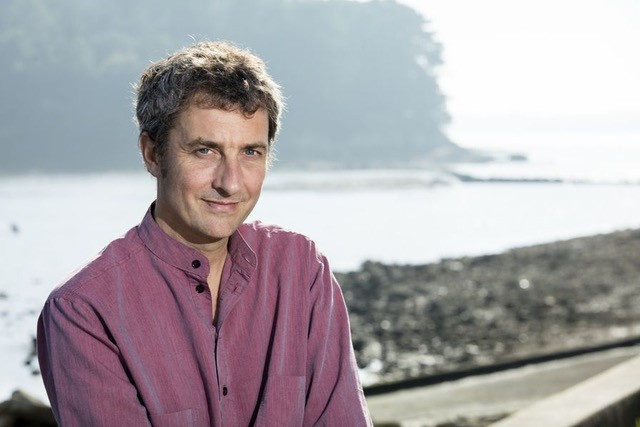 With four boats launched this year (Biotherm, Holcim-PRB, Maître Coq, V&B-Mayenne-Monbana), the naval architect who designed APIVIA, LinkedOut and 11th Hour Racing Team is by far the most prolific on the IMOCA circuit. Crossing paths with him on the pontoons of Lorient La Base, Guillaume Verdier helps us gain a greater insight into the current architectural trends.

With the launch of all these newbies, it’s hard to keep up with developments! What fundamental changes have there been since 2018 and the last Vendée Globe?

“Actually, you have to go back to 2017. At that time, we’d carried out a very large study for what was supposed to be the Volvo One design, but it was never released. The hull that came out of that study was that of LinkedOut and the first pair of really accomplished foils were grafted onto the ex-Initiatives Cœur prior to the last Vendée Globe. They gained widespread acceptance and we’ve had to take care with issues relating to twist, self-adjustment and stability. Apivia is a combination of all that. Charlie has tweaked his set-up particularly well and developed it with this ‘water-skiing’-style bow, which has made it the current benchmark of sorts.
The other designs all stem from there… What you need to understand though is that, prior to this, the IMOCAs made headway at more or less their hull speed. We’re gradually getting into the realm of boats that really plane. As a result, we’re less interested in waterline length and more into the trim and the dynamic handling. That’s ultimately the same problematics as on motor boats. The skippers avoid sailing hard on the wind by pulling on the helm to plane very early and, in the end, it’s the hull that stabilises the foil and not the reverse!”

On a structural level, is a boat designed for The Ocean Race bound to be heavier than one that is primarily geared around a singlehanded programme?

“The routes are similar, and we know that an IMOCA in solo configuration can be manhandled in risky situations… However, that’s over a short space of time, whilst in The Ocean Race, the boats will be pushed hard for long periods. We always say that composite doesn’t wear out. That’s true of carbon, but not necessarily the case for resin, so you have to be careful. It has to be said that The Ocean Race story is a bit stressful! We’ve carried out a lot of research to go even further into the structural approach and we’ve developed new tooling. We’re inventing load cases which didn’t exist before this. We’ve also made a great deal of progress with the data feedback we have with skippers like Charlie and 11th Hour Racing Team, who are really into putting the emphasis on sharing data, which is very valuable. Beyond the structural aspect, the boats for The Ocean Race are heavier anyway because of all their equipment. The winches are bigger, there are more electronic repeaters and there are greater flow rates for the oil and hydraulics…”

The Défi Azimut is unveiling 3 of your new designs as well as one new Manuard design and one VPLP design. What inspires you about the competition?

“It’s hard to comment on other people’s work. Charal’s rudders are interesting. They’re seeking increased dynamic stability when heeled over. It’s a way of compensating for the lack of lifting surface on an IMOCA’s aft section and everyone’s wondering about that… As for Malizia-Seaexplorer, they’ve clearly set the bar very high regarding comfort, and weight obviously wasn’t their primary focus. It’s original and one thing for sure is that being able to see up forward when you’re down below is really important within the context of long races… With my workmates who never get a mention, Hervé Penfornis and Romaric Neyhousser in particular, as well as Morgane Schlumberger and Véronique Soulé, we’re targeting versatility. We’re trying not to back ourselves into a corner, but we don’t know how that will play out! In any case, it’s going to be fantastic to see these very different boats doing battle out on the water as it’s promising and it’s rewarding in terms of our level of understanding…”