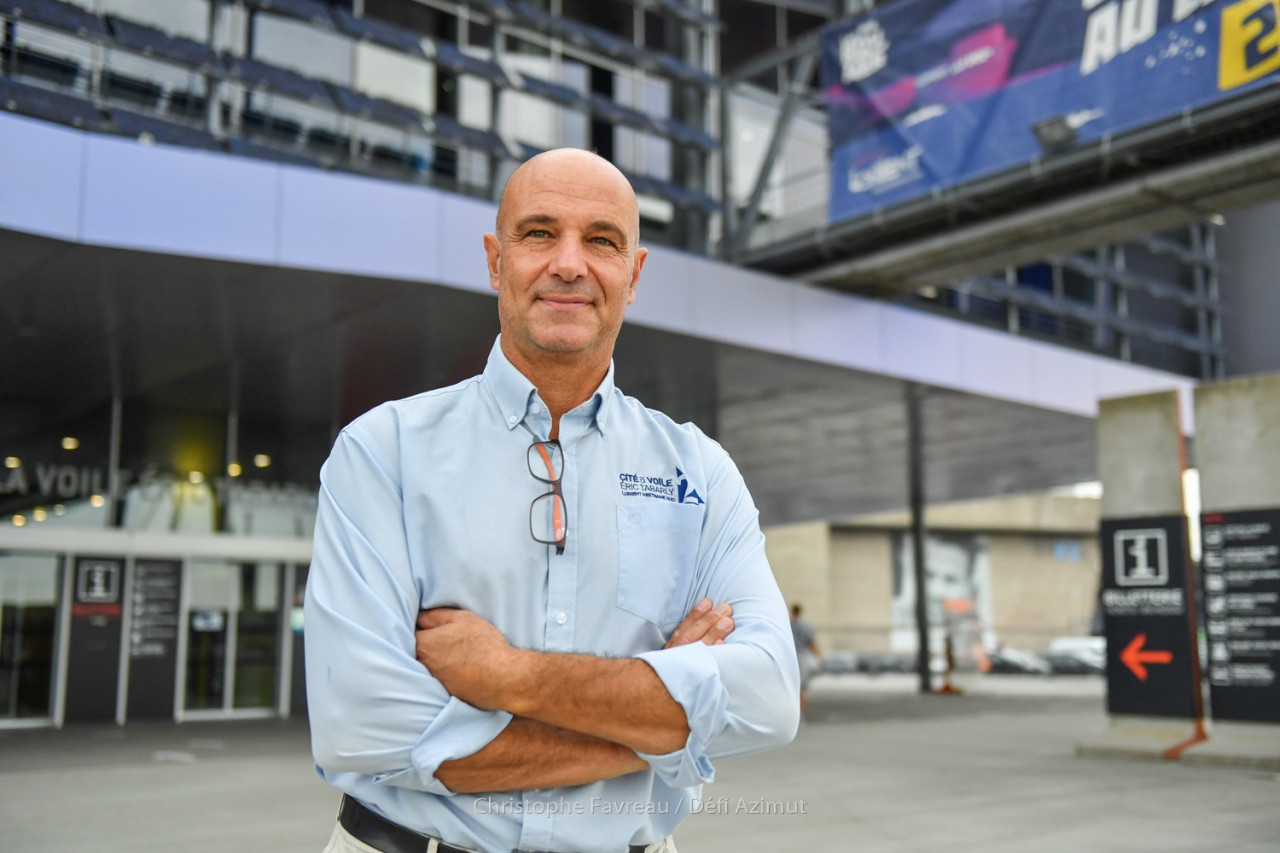 There is a long history between the Défi Azimut and the Cité de la Voile Éric-Tabarly, which dates right back to the event’s beginnings.

There is a long history between the Défi Azimut and the Cité de la Voile Éric-Tabarly, which dates right back to the event’s beginnings. So much so in fact, that is hard to separate the race in its original format gathering together the top IMOCAs of the day, and this atypical venue devoted to the discovery of offshore racing. Jean-Marc Beaumier, director of the structure, gives us an insight into the historic partnership which, for the past twelve years, has linked Lorient La Base’s flagship to the race meeting, as well as hosting a series of associated offerings (conferences, screenings) to illustrate the vitality of yacht racing…

“The structure is entering its 15th season today. In so doing, it is also entering the age of reason in some ways because, looking back a little, we can recall that when we opened in 2008, the challenges involved the restructuring of the submarine base. The City was responding to a desire to create a space, which enabled the general public to appropriate an area, a military site, which until that point there had been no access to. The building opened in the middle of an industrial wasteland, where there were a lot of structures to be developed and elements that needed creating to really get the place thriving. The offshore racing theme very quickly found its audience, but we had a fair few teething issues. Some adjustment was required. This was done in 2015, and largely related to the means of mediation and the various themes tackled. Given the development of offshore racing and the boats, which have transformed very quickly over the past 15 years, this was all the more vital… It’s up to us to maintain the same tempo and adapt our content and our productions to what the public expects of us.”

How would you define the Cité de la Voile today?

“Even though it bears his name, it’s not a bibliographical museum for and about Éric Tabarly. The personality of this avant-garde sailor serves to underline and recognise that what is offered to audiences around offshore racing is part of a process involving constant innovation. The Cité de la Voile offers devices which enable visitors to immerse themselves in the world of offshore racing. The venue takes the public on a journey of discovery where they can understand by being thrust into a particular situation. As such, it’s not a museum of collections with a series of cards to read either. The venue is a prototype, which doesn’t adhere to codes relating to stage, theatre or museums. We’re trying to refresh the way we enable audiences to experience offshore racing and the marine world. We put on interactive entertainment, which places visitors in a situation where they can understand and experience discoveries as a family. That’s really the DNA of the City.”

How do you view the Défi Azimut?

“We partnered Jean-Marie (Corteville) and his team from the beginning. I remember a meeting in Azimut’s offices where he spoke to me about his desire to organise an original race and its autumn slot in the racing calendar. Five boats sailed double-handed in the first edition in 2011. Eleven years later, 28 boats are expected into port. It’s a berthing crisis, or perhaps that’s the price of success. It’s wonderful to see what the Défi has become and the part it plays on the international IMOCA circuit, and to gauge the appeal of this format and this meeting among the skippers. There’s no denying that it’s a success. As such, it’s a powerful marker in the annual event calendar and demonstrates the influence of Lorient La Base. Together with the Festival des Aventuriers de la mer (Festival of Adventurers of the Sea) and the schooner Tara, it is one of the three founding partnerships of the Cité de la Voile.”