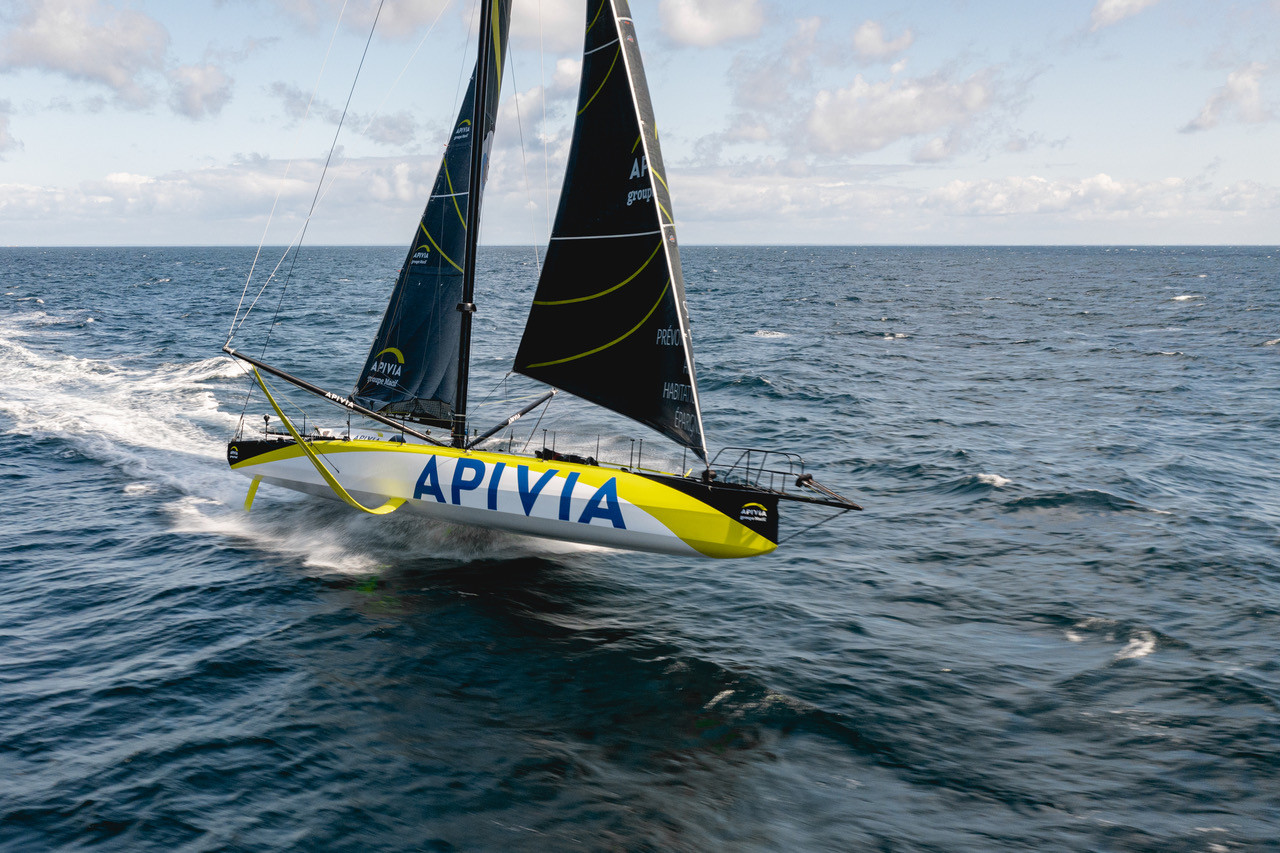 The reigning champion has won it all this year (Guyader Bermudes 1000 Race and the Vendée Arctique Les Sables d’Olonne), but skipper Charlie Dalin will have his work cut out on Apivia if he is to contain his 27 rivals.

Up against him will be the cream of the 2019 generation of IMOCAs, including Thomas Ruyant’s LinkedOut (winner of the Transat Jacques Vabre 2021) and no fewer than seven latest generation IMOCAS.
On the eve of the start of the Défi Azimut Lorient Agglomération 2022 we get the low-down on the top-flight line-up.

In an event first, quarter of the fleet will be newbies! Indeed, of the 28 IMOCAs setting sail on Wednesday at 15:00 hours local time on a series of Runs offshore of Lorient, Brittany, seven will be making their racing debut at the Défi Azimut.
1 VPLP design (Boris Herrmann’s Malizia Seaexplorer), 2 Manuard designs (Samantha Davies’ Initiatives Cœur and Jérémie Beyou’s Charal 2) and 3 Verdier designs (Paul Meilhat’s Biotherm, Kevin Escoffier’s Holcim-PRB and Maxime Sorel’s V&B-Monbana-Mayenne).
“To these six, we must add 11th Hour Racing Team launched in 2021, explains Antoine Mermod, president of the Class IMOCA. This is the Verdier design, which kicked off the new post-Vendée Globe generation. We’ve yet to see her at her full potential, but with two transatlantic races to her credit this year, we imagine she’ll be performing at her best!”
Featuring very similar lines to Apivia, 11th Hour Racing was originally designed to take the start of The Ocean Race and will be among four boats being sailed in crewed format* this year, an exercise which her skipper Charlie Enright is well versed in.

The unknown element in the new wave

The potential of the other newcomers is the great unknown in this twelfth Défi Azimut. Because of the law of evolution, this 2022 generation should see even greater performances than in previous events, though we mustn’t forget that today’s IMOCAs require a long period of fine tuning.
As such, it’s fair to say that Initiatives Cœur (an evolution of the ex-Occitane en Provence) and Biotherm (evolution of Apivia), launched less than a month ago, might well be a bit short of time on the water to really pose a threat to the top players.
This is not quite the case for V&B-Monbana-Mayenne, built in Apivia’s mould with a revised waterline up forward and different foils. “She’s not the most innovative of the new boats, but Maxime Sorel has got his new machine up and running very quickly and the duo could straightaway perform well out on the racetrack,” commented Antoine Mermod. The same is true of Holcim-PRB, who is already cutting quite a dash in the recent images of her filmed in breezy conditions. We know how good her skipper Kevin Escoffier is and, following his accident in the Vendée Globe, he’s returning to IMOCA with a tool that matches his talent and will be eager to shine.
Meantime, Malizia Seaexplorer really struck a chord with those at her launch with her solar panel ‘cladding’ and her highly protective coachroof stretching forward. Her skipper, who’s planning on a two-pronged The Ocean Race/Vendée Globe programme, was keen to have a really solid boat, even if meant making her a little heavier according to the naval architects. As a result, it will be interesting to see whether this architectural choice is a disadvantage in the manageable conditions due to be served up in the Atlantic in mid-September, the Défi Azimut being the perfect format to capture these moments of truth.
And finally, what about Charal 2? Narrower than the competition, with a more accentuated ‘scow’ bow than Occitane en Provence (the architect’s first IMOCA) and a very different rudder geometry, Jérémie Beyou’s new Manuard design is more unique in architectural terms. Equally, with support from Franck Cammas, we can trust that the Beyou Racing stable has managed to quickly debug this new foiler after her July launch. Hopes will certainly be high for her then in this year’s Azimut.

One thing for sure: The uncertainty regarding the level of fine-tuning might well enable many other skippers to excel too. Among those to keep an eye on then are Hublot, ex-Hugo Boss, which Alan Roura has managed to get a good feel for. The ex-Charal, now known as Teamwork, also remains a safe bet and her skipper Justine Mettraux has already racked up some great experience on the IMOCA circuit after her time with 11th Hour Racing team. Lastly, certain revamps like that carried out by Giancarlo Pedote on Prysmian Group, may well pay off thanks to their tried-and-tested platforms.
Get your stopwatches out on Wednesday from 15:00 hours! Both on land and aboard the boats, all the IMOCAs’ performances can be monitored via the Surlo app, developed by the computer solutions company, Azimut, to track the progress of the 29 entries in elapsed time. Verdict from the runs in the evening prior to the start of the 48-hour race on Thursday.

Insert: A race within a race

9 IMOCAs with daggerboards are competing in this year’s Défi Azimut, many of them helmed by Défi Azimut and/or IMOCA rookies (discover their portraits on the website www.defi-azimut.net). Some are joining the fray to qualify for the Route du Rhum, whilst others have been honing their weapons for a long time and have already excelled in the early-season events. Such is the case for skippers like Benjamin Ferré on Monnoyeur for a job (ex Banque Populaire X), who boasts a formidable boat, Louis Duc on Fives Lantana Environnement and also Eric Bellion (Comme un seul Homme Powered by Altavia), sailing aboard a Farr design that is undoubtedly one of the most optimised of the 2006 generation boats thanks to a certain Jean Le Cam.